October 09, 2017 by DANIEL VEINTIMILLA | VISUAL ARTS
Share this article with your network:

All photos by Daniel Veintimilla 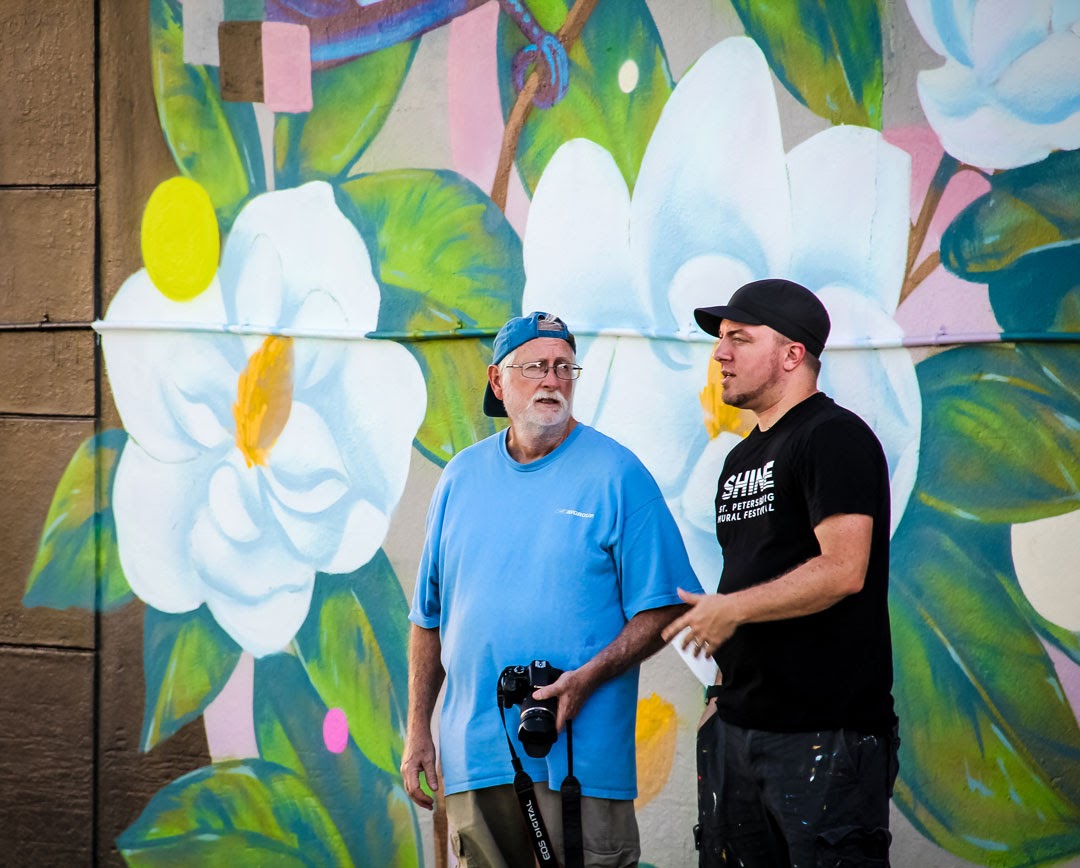 The 2017 SHINE mural fest is on our radar and for a good reason: It has literally become a high art experience managed by the productive St. Pete Arts Alliance.

Viewing the murals has become like going into an art gallery outdoors. The beauty of it all is that it’s volunteer-powered and -inspired. Director Leon Bedore (Tes One) was one of the pioneer muralist enhancing his art with modern graphic design techniques.

“Right now is such a crucial moment in time for our proud city. We’ve all invested so much to make this place the creative hub that it is,” Parks says on the Shine St. Pete website. The illustrator’s compositions have a lot to do with this change — his State Theater collaboration with Tes One spurred the popularity of downtown’s murals.

Creative Pinellas caught some of the chosen artist inflagranti doing what they do best: 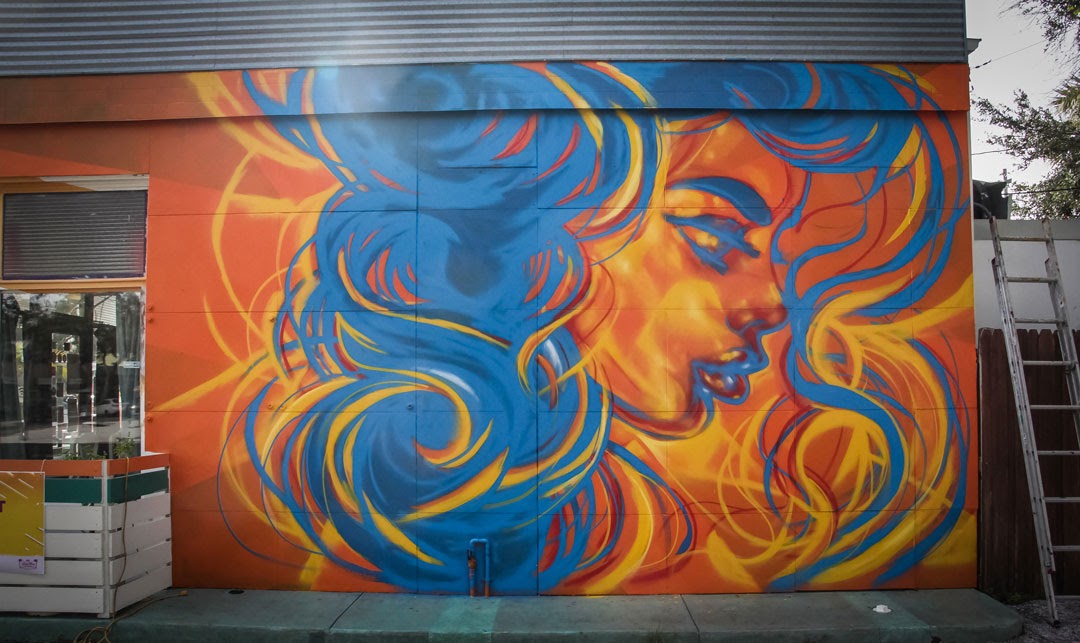 Suarezart: Our very best and local open call winner, a Ringling Alumni that has left his mark with “Art in the Park” in Bradenton. Suarez is known for his signature stylishly curvy portraiture, working in various media such as painting, sculpting, digital illustration and drawings.  Instagram: @suarezart. Check out his Shine 2017 mural at Queen’s Head 2501 Central Ave. 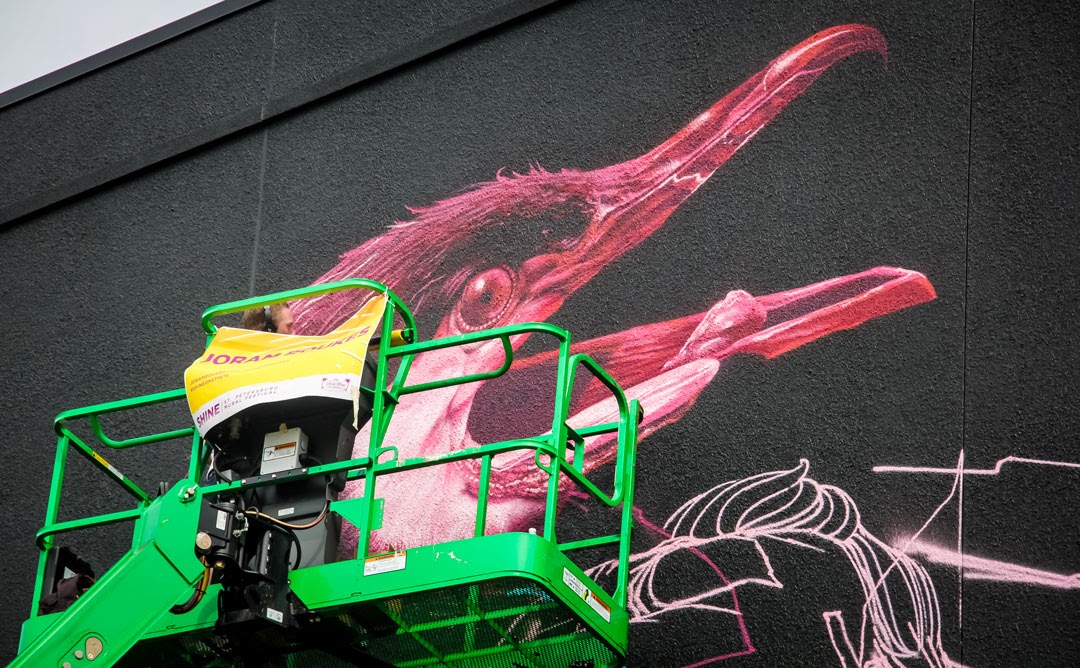 Dutch artist Joram Roukes working high up on a crane on his new mural at Central Neurology, 2201 Central Ave. 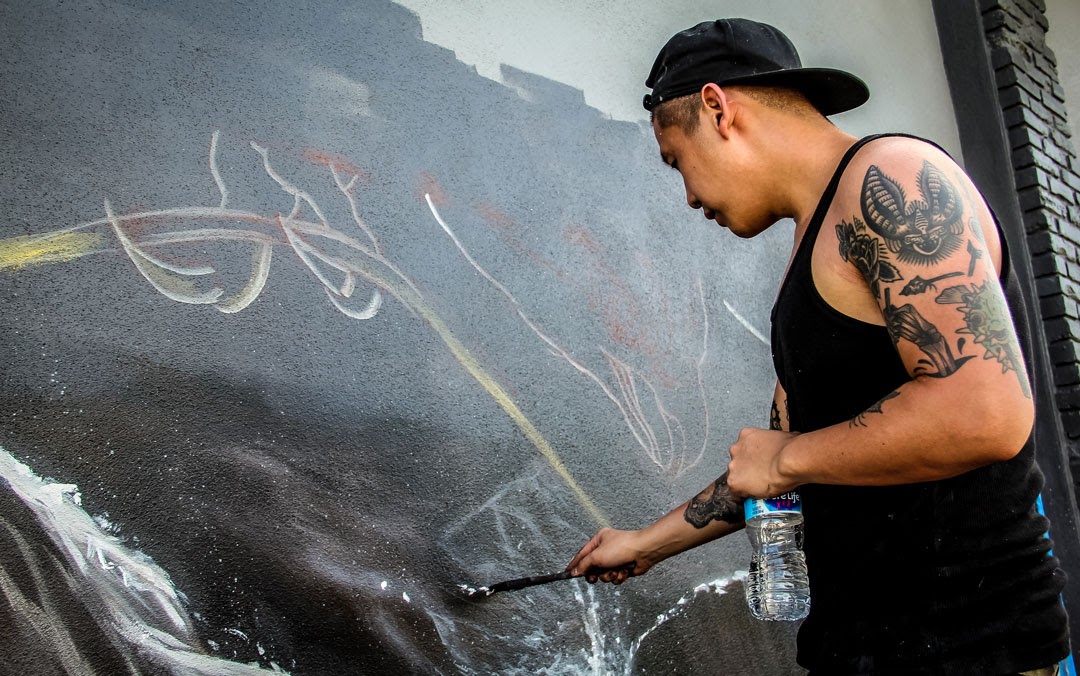 Sam Yong: (Australia) A professional illustrator who works on a variety of traditional media.  Yong’s love of nature and solo adventures manifests through his art, where intricate illustrations reflect complex relationships between living creatures. Yong has exhibited in Paris, the United States, New Zealand, Melbourne, and is commissioned across the globe. Website: inthewolf.com Instagram: @saminthewolf. Shine 2017 mural at Grayspeed Cycles 2060 1st Ave S. 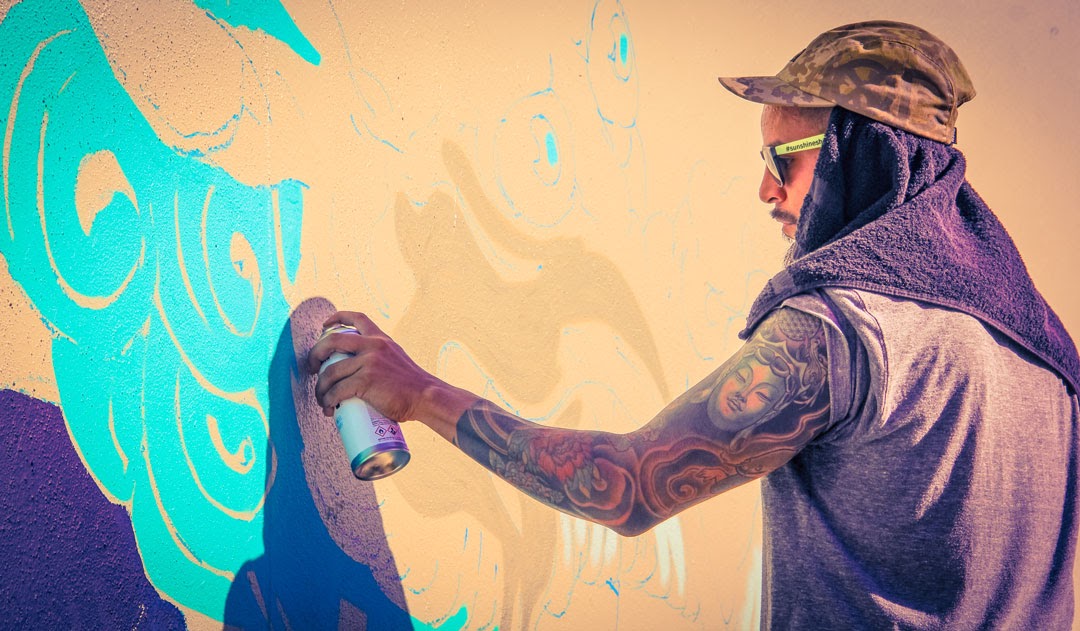 Jose Mertz: A splendid image creator based in Miami, Mertz pushes an experimental style inspired by ancient civilizations, science-fiction, eastern philosophy and the metaphysical. He has embraced multimedia platforms, ranging from traditional paintings and murals, to product designs and so on. Website: josemertz.com Instagram: @josemertz. Shine 2017 mural at Hideaway Cafe 1756 Central Ave. 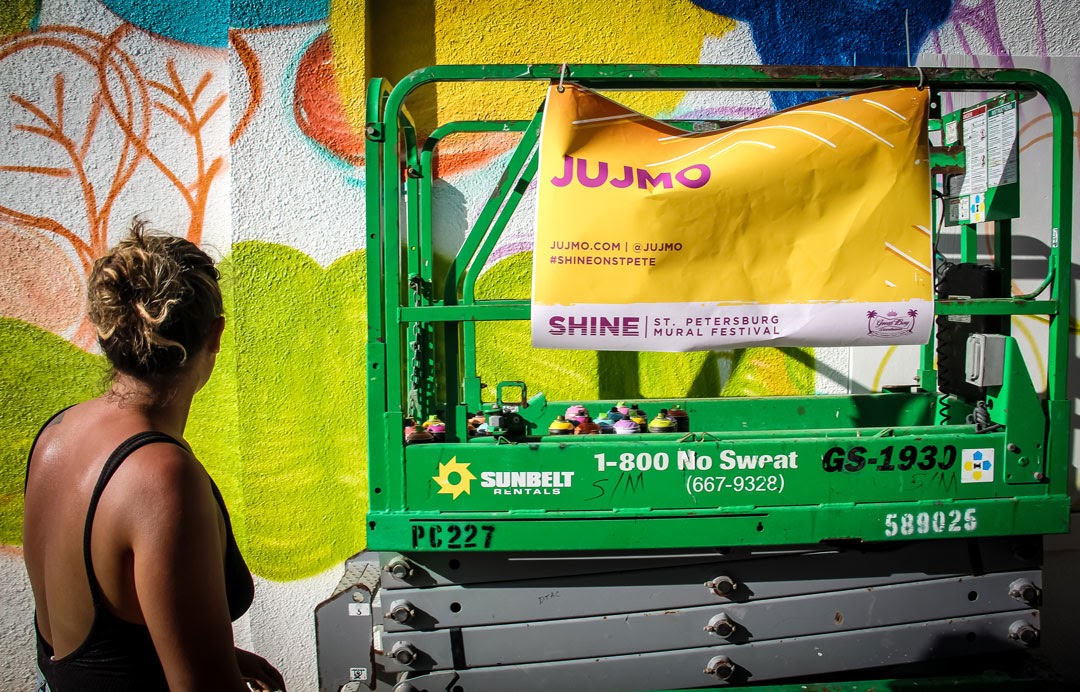 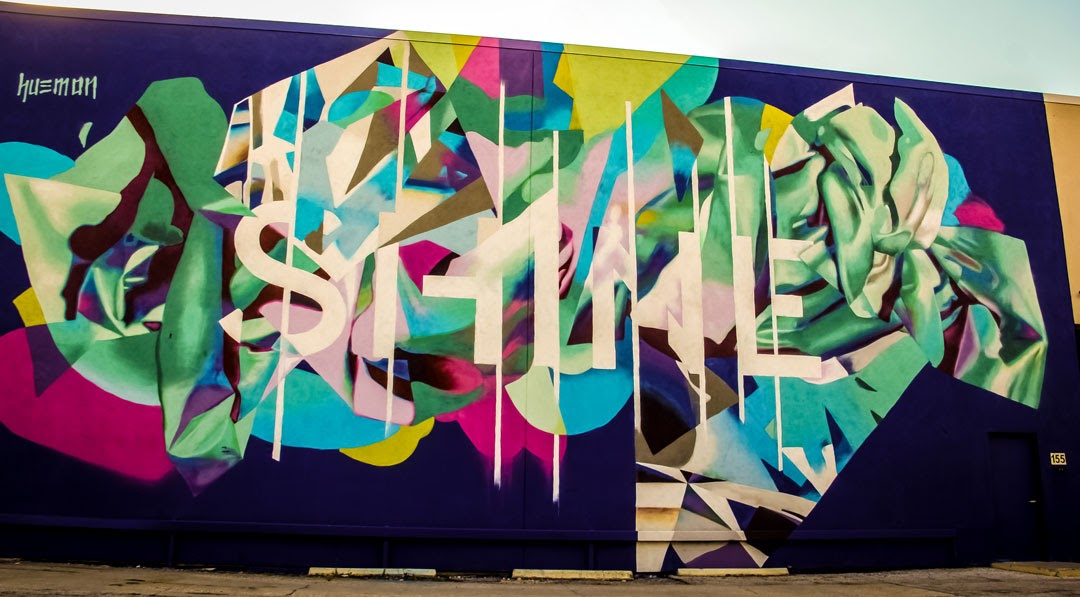 Hueman: Allison Torneros grew up painting in Northern California, graduating in Design and Media Arts from UCLA in 2008. Her style encompasses colorful abstract mash-ups, that contrast with her use of geometry. Precise compositions begin with spontaneous drips and sprays, creating a type of motion on the flat surfaces. Her complex works can be seen worldwide. Website: huemannature.com Instagram: @hueman_ Shine 2017 mural at Teknia Logistics 155 17th St. S. 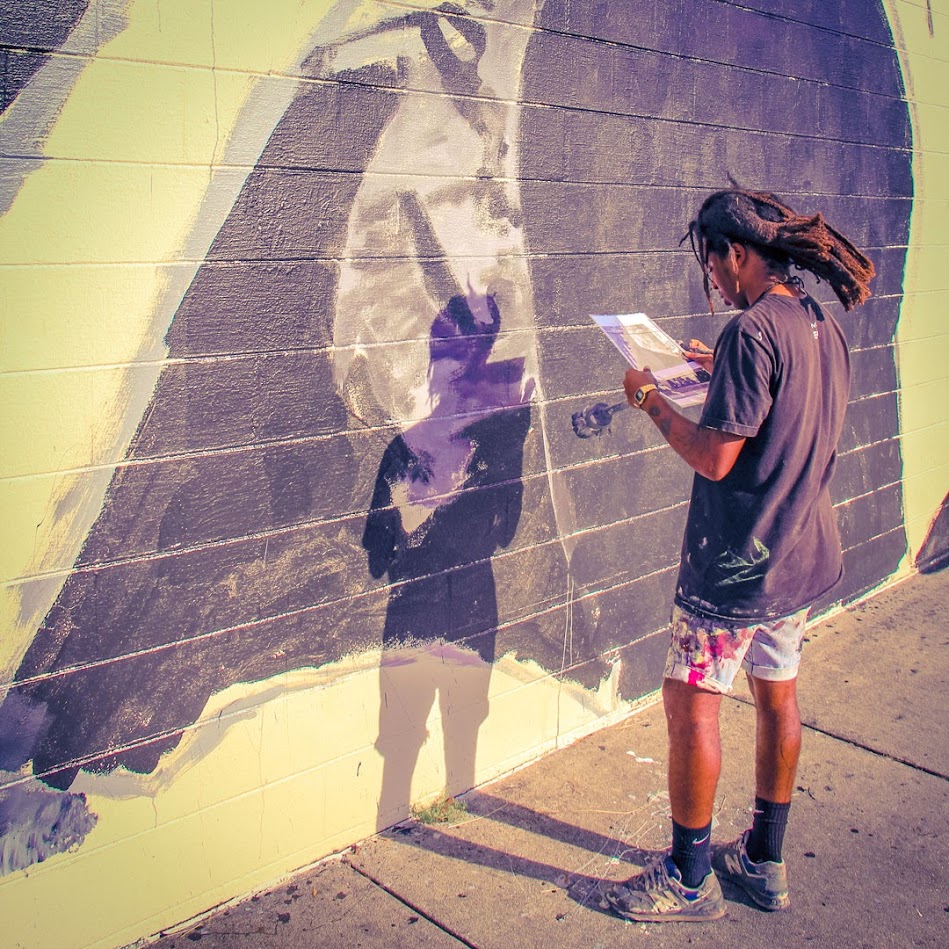 Axel VOID & L.E.O: Axel Void (Alejandro Hugo Dorda Mevs) born in Miami in ’86, of Haitian/Spanish descent. He was raised in Spain from age 3, and strongly influenced by classical paintings. Axel studied fine arts in Cádiz, Granada, and Sevilla, and has been balls deep in graffiti since 1999. He was based in Berlin before moving to Miami in 2013, where he currently lives. Website: axelvoid.com Instagram: @axelvoid Shine 2017 mural at  Rick Noll Properties 165 13th St N. 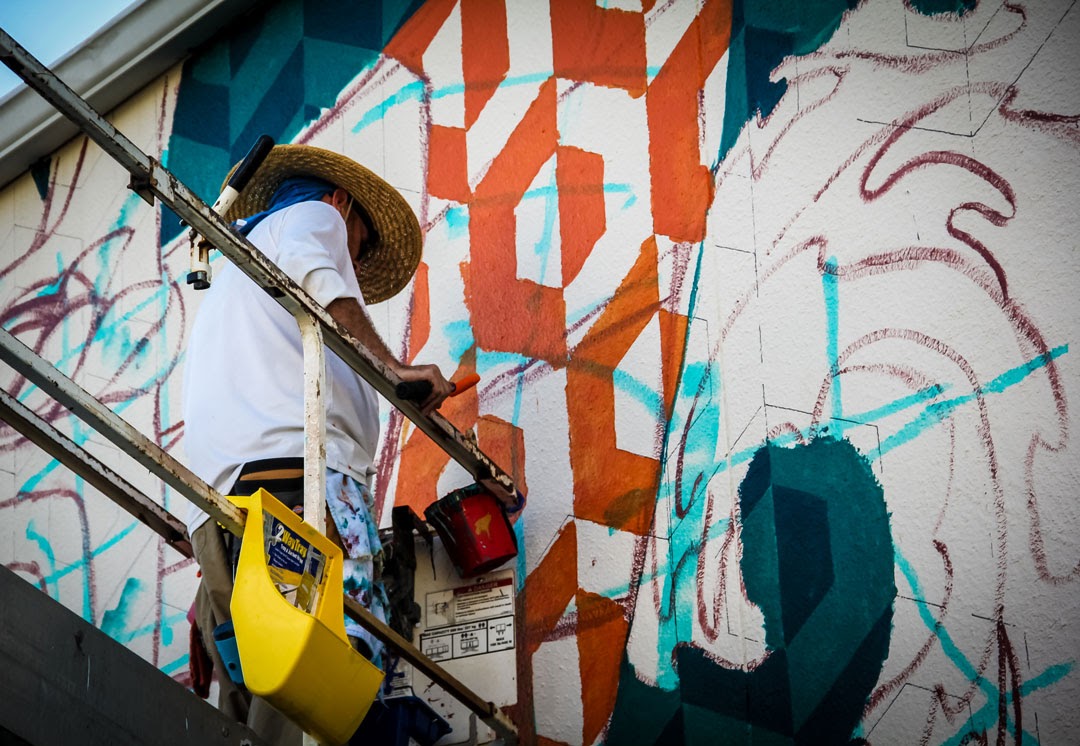 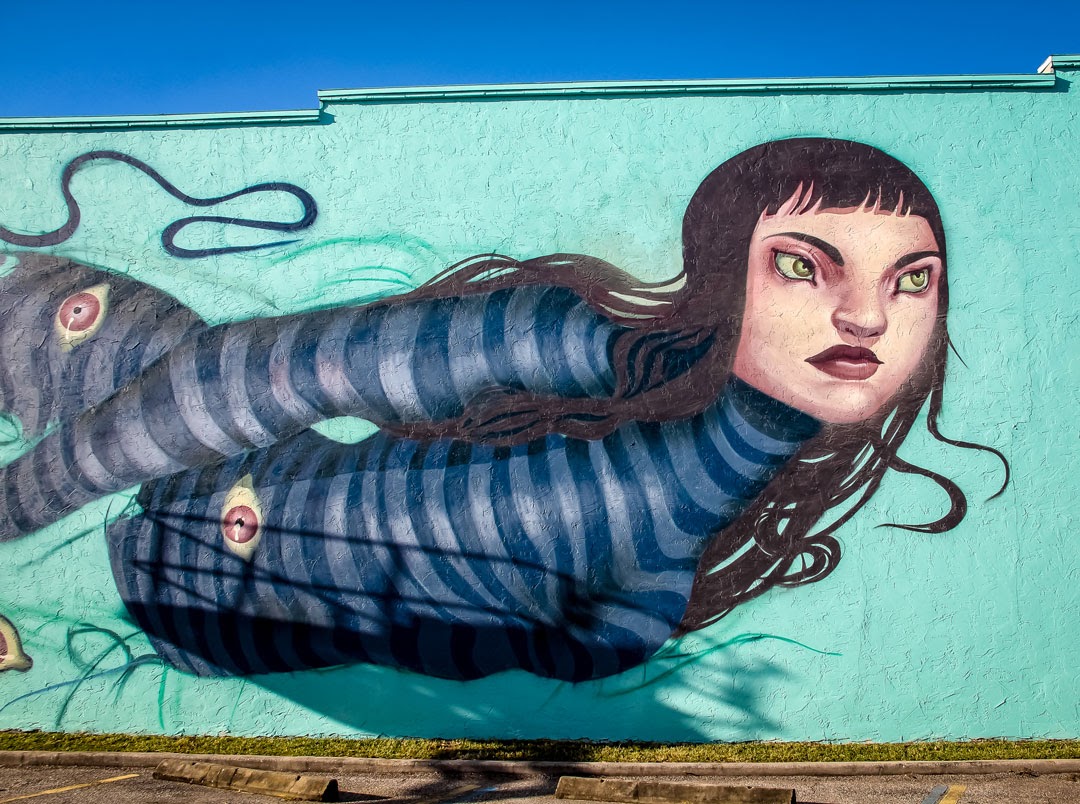 Lauren YS: San Francisco native and CP’s choice artist (I just made that up). Her body of work is influenced by dreams, mythology, and her Asian-American heritage. Her huge public murals bring a sense of wonder, as she creates vibrant imagery with rebellious heroines and fantastic narratives. Lauren’s art has appeared at festivals such as Art Basel Miami, Pow!Wow! Hawaii, and PangeaSeed SeaWalls, as well as in galleries in Vienna, London, and Sydney. Website: laurenys.com Instagram: @lolo.ys Shine 2017 mural at Bodhi Basics, 240 Dr. MLK Jr. St. N. 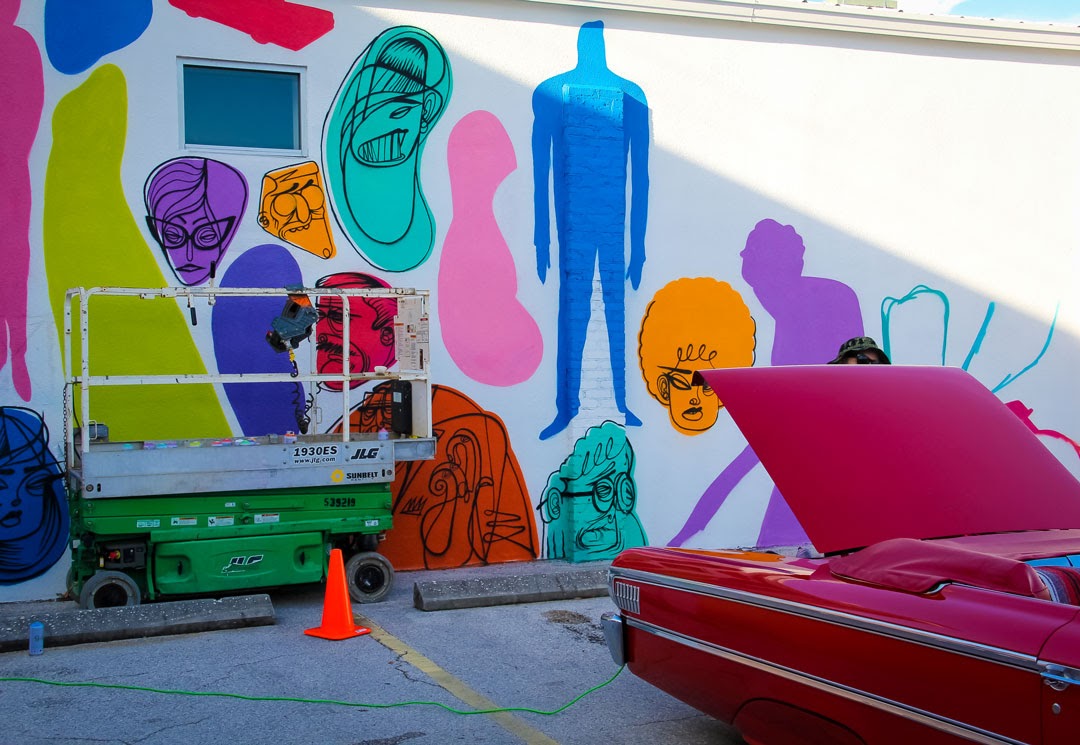 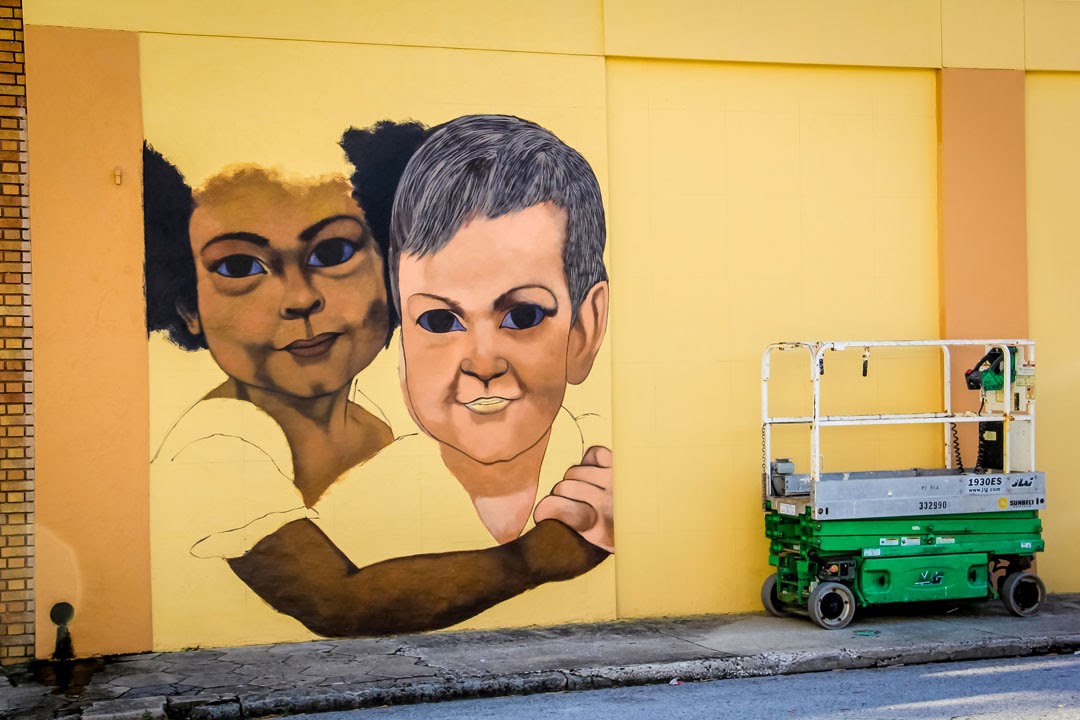 Here are some events related to SHINE make sure to check for many more:

SHINE ‘Outside In’ Art Exhibit & Finale Event
Saturday, Oct. 14, 5 p.m.
Behar + Peteranecz Architecture
2430 Terminal Drive S., St. Petersburg,
off 24th St S and Sixth Ave S. Street parking and some lot parking is available, bike over,
or use Uber/Lyft. If taking the trolley, get off at the Duncan McClellan stop.

What an incredible effort by all the SHINE organizers, supporters and artists. With a (…)