Bees in the Hive | Courtyard Partyfolio

October 25, 2017 by DANIEL VEINTIMILLA | VISUAL ARTS
Share this article with your network:

I’ve decided to let my photos tell the story about October’s Full Service at the Hive Courtyard. We wanted to promote some of the talented artists who didn’t make it in the preview.  (All photos by Daniel Veintimilla unless otherwise noted.) 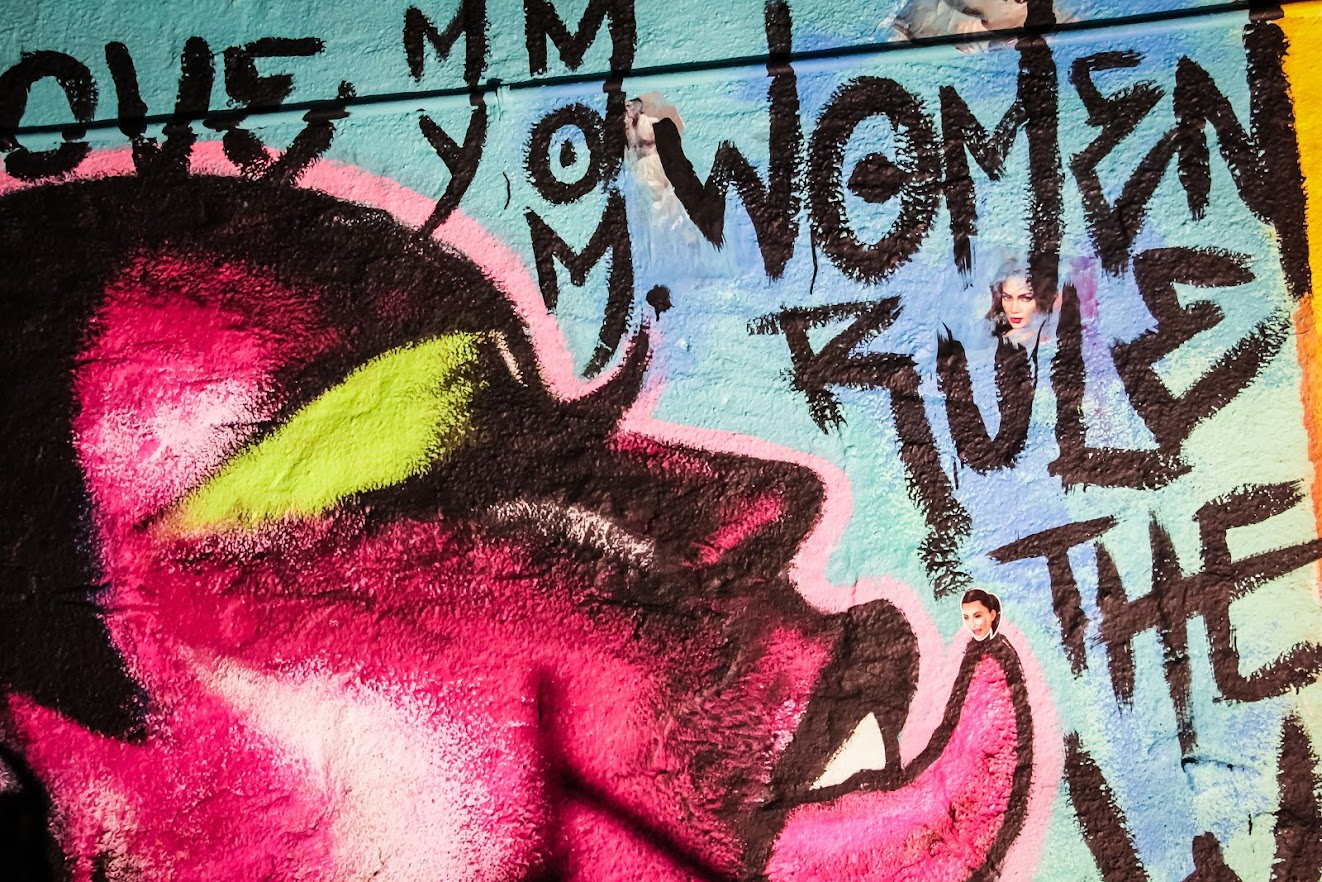 Cam Parker went all out on this one, and changed his mural completely from the Saturday before. 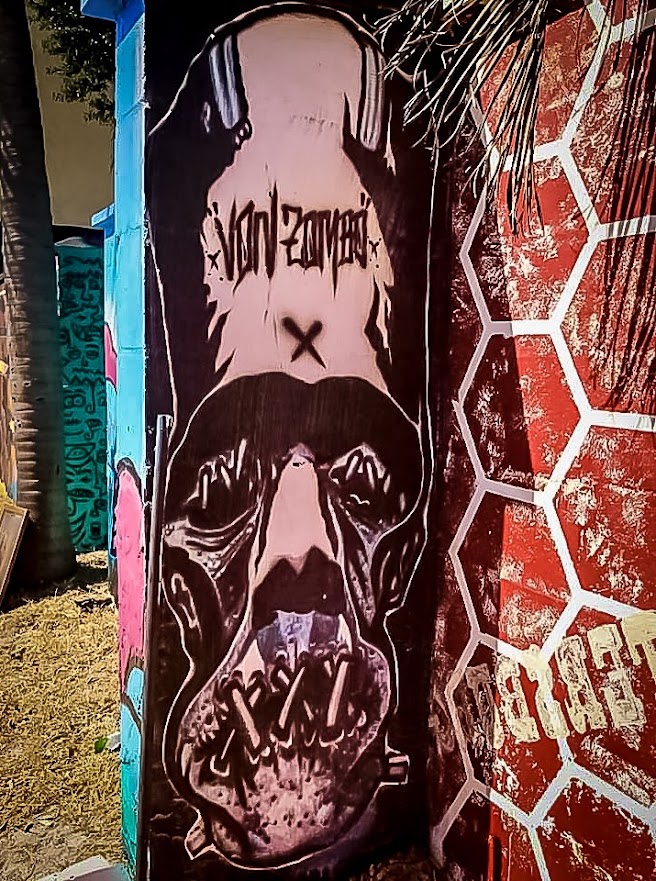 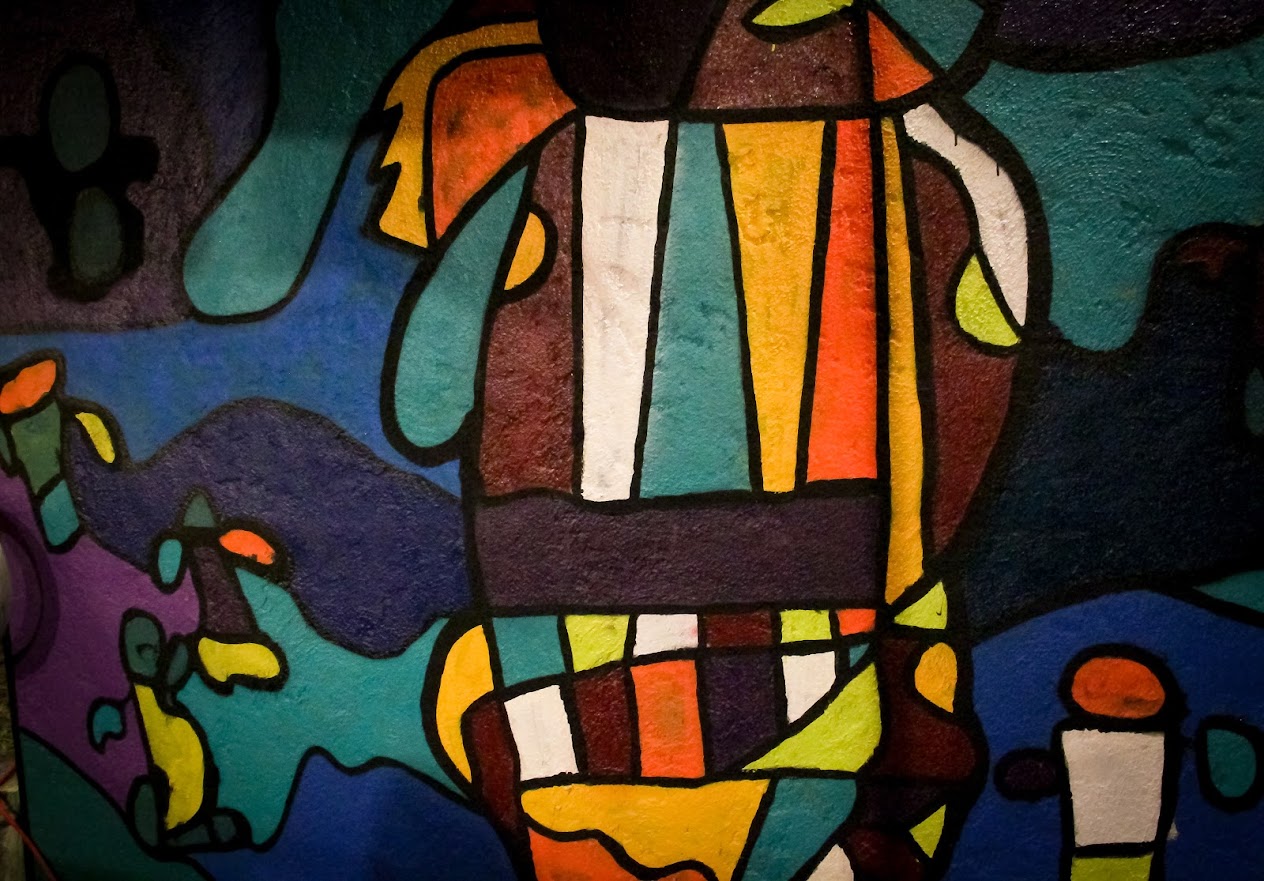 The Creative Clay wall by Marquise R. and Todd Frain. 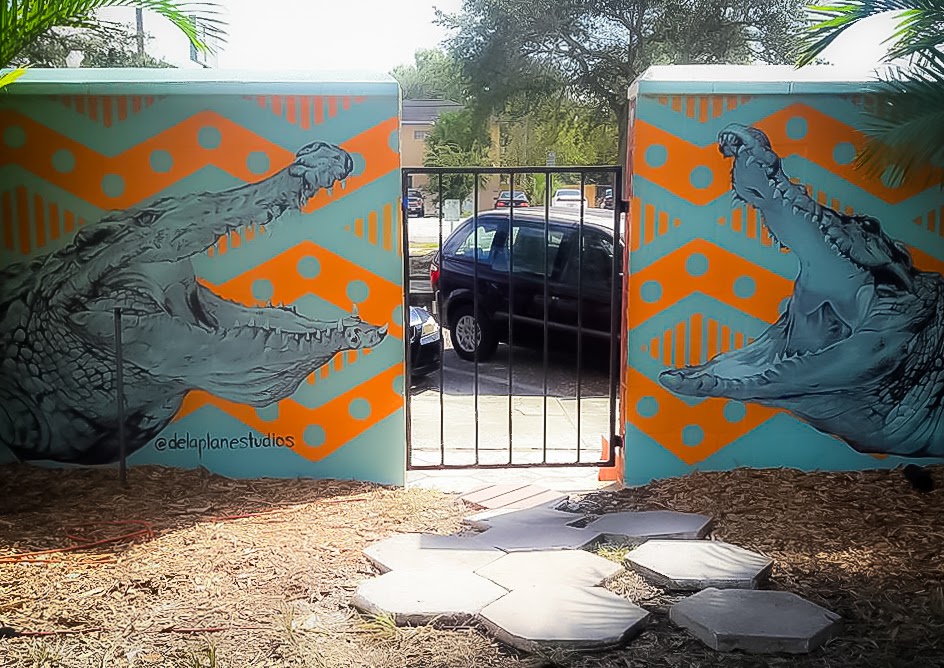 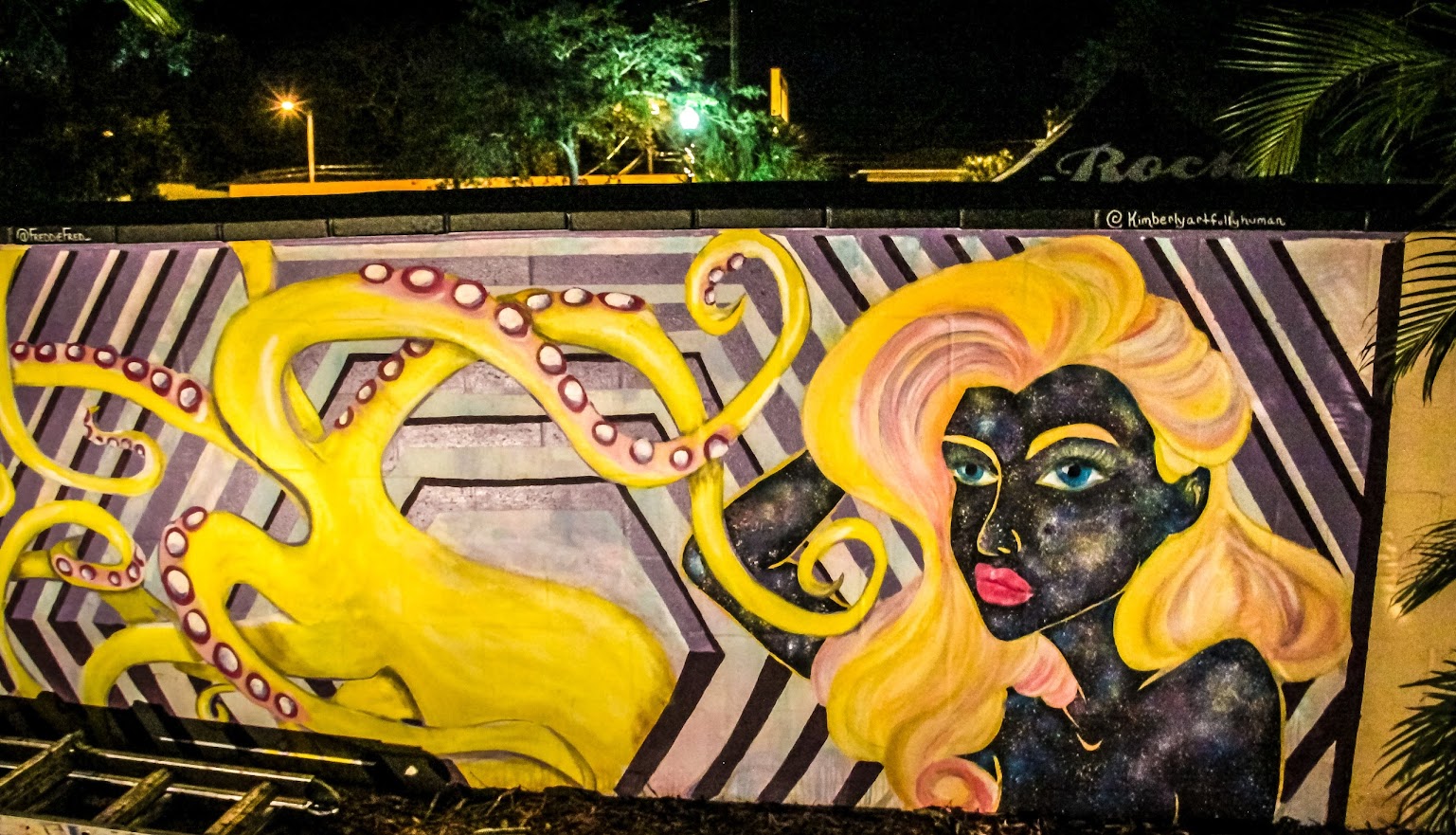 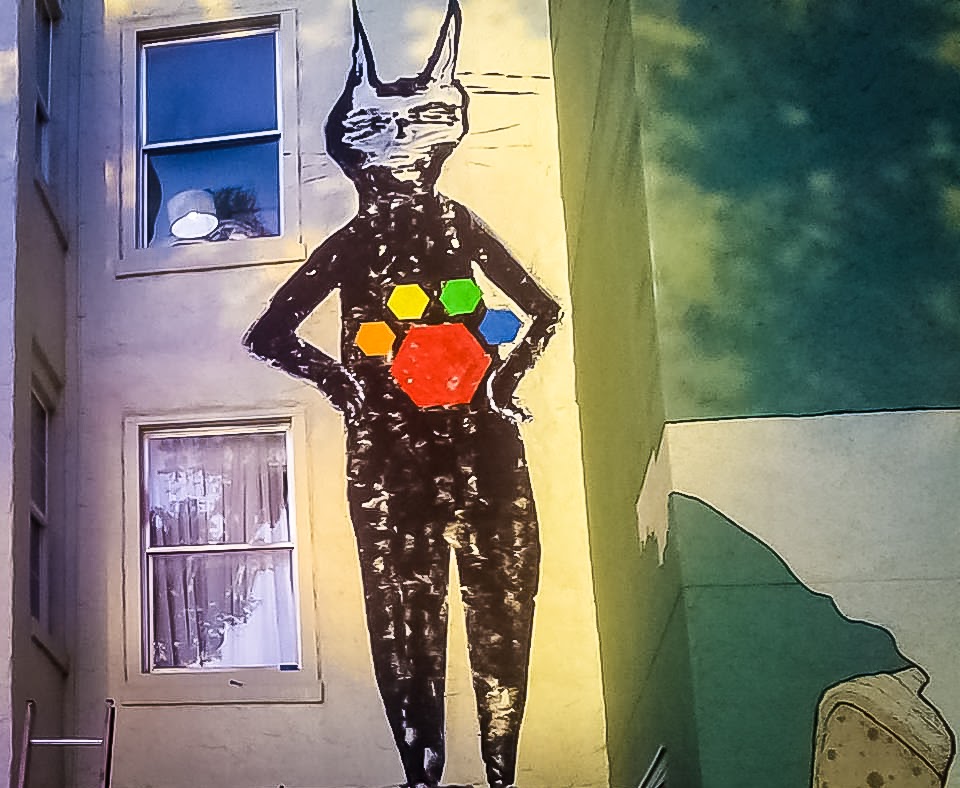 Nick Kekllas, the organizer, although a bit rusty, he delivered an interesting pussy cat. Courtesy of Nick’s Facebook. 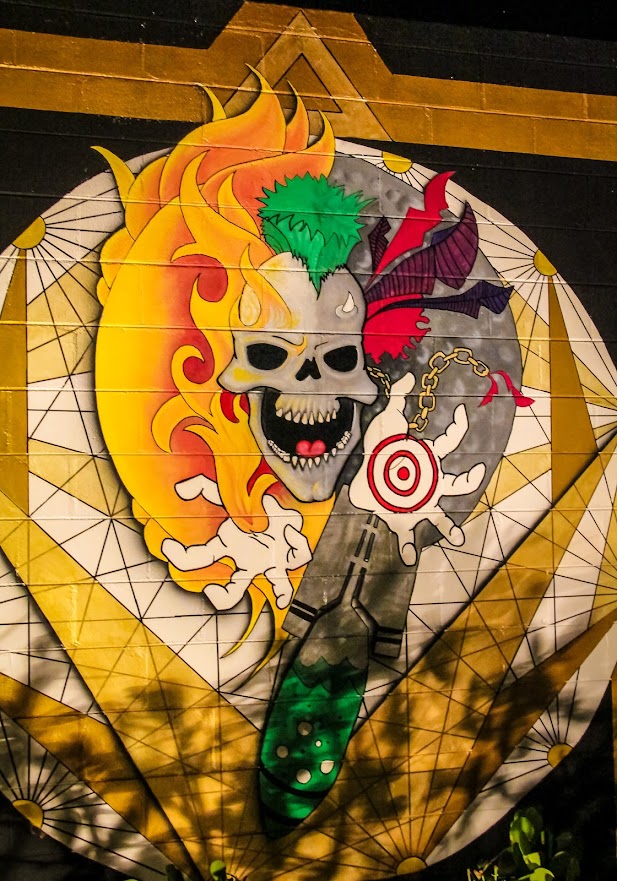 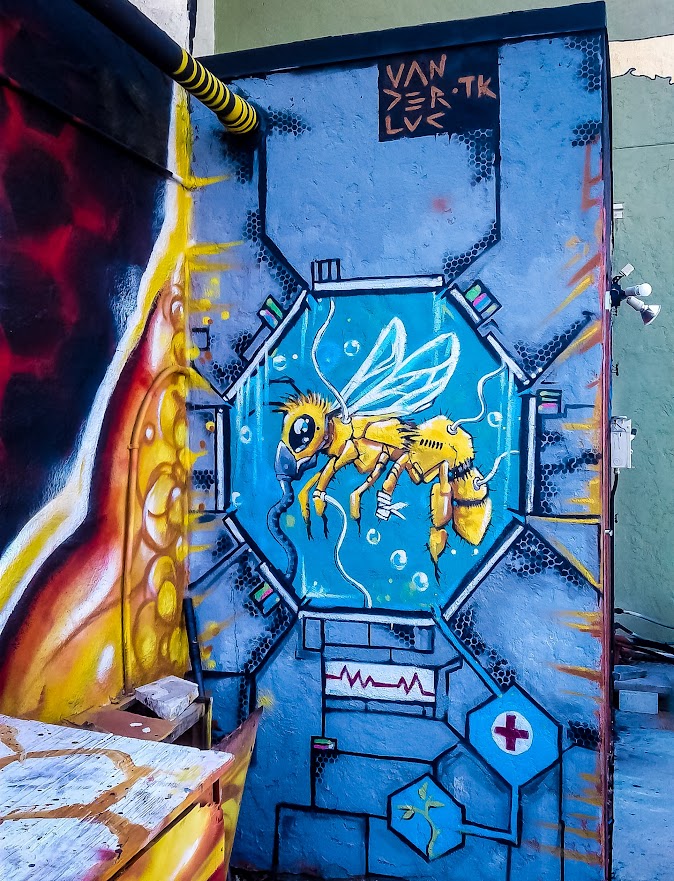 Van Der Luc surprises with awesome cryogenic bee or whatever. 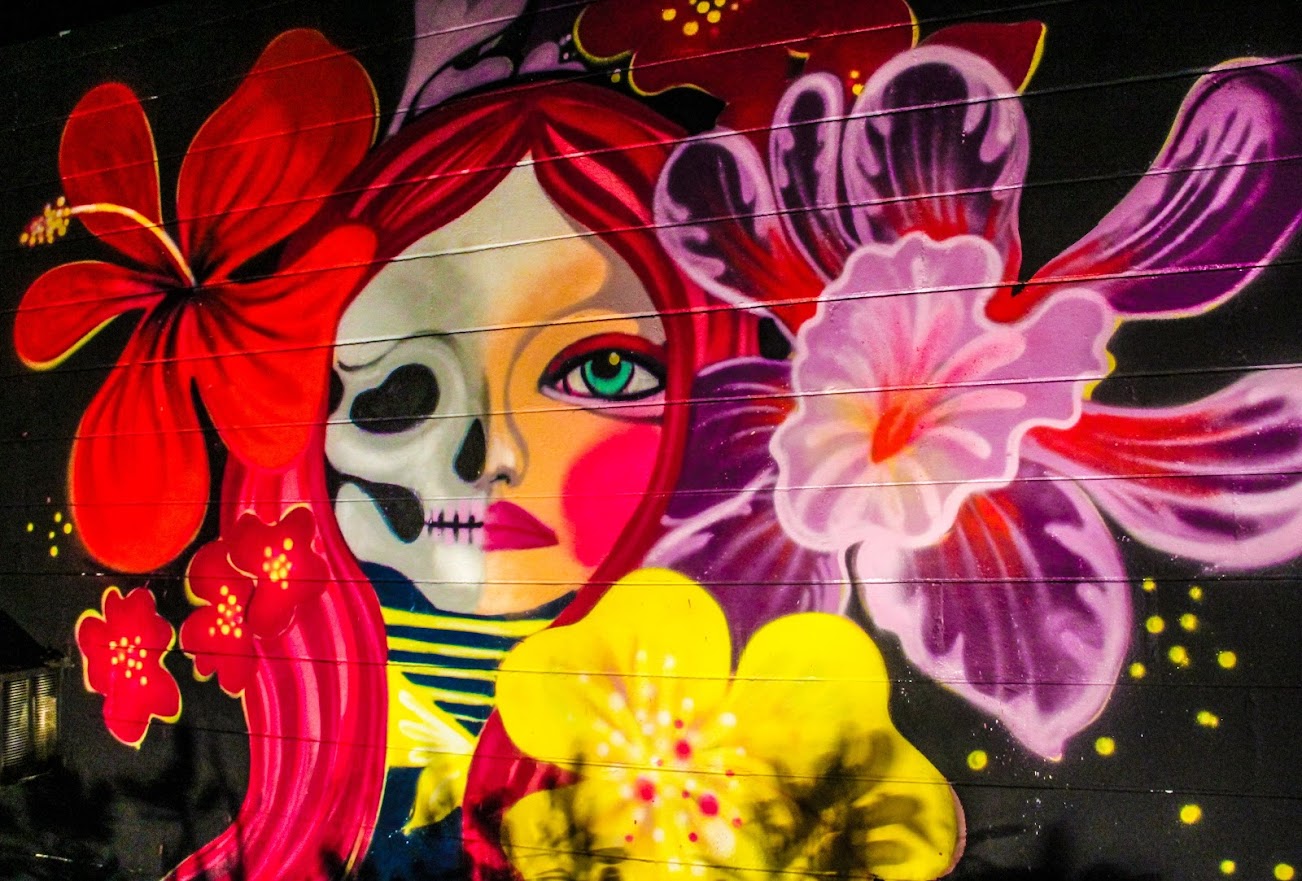 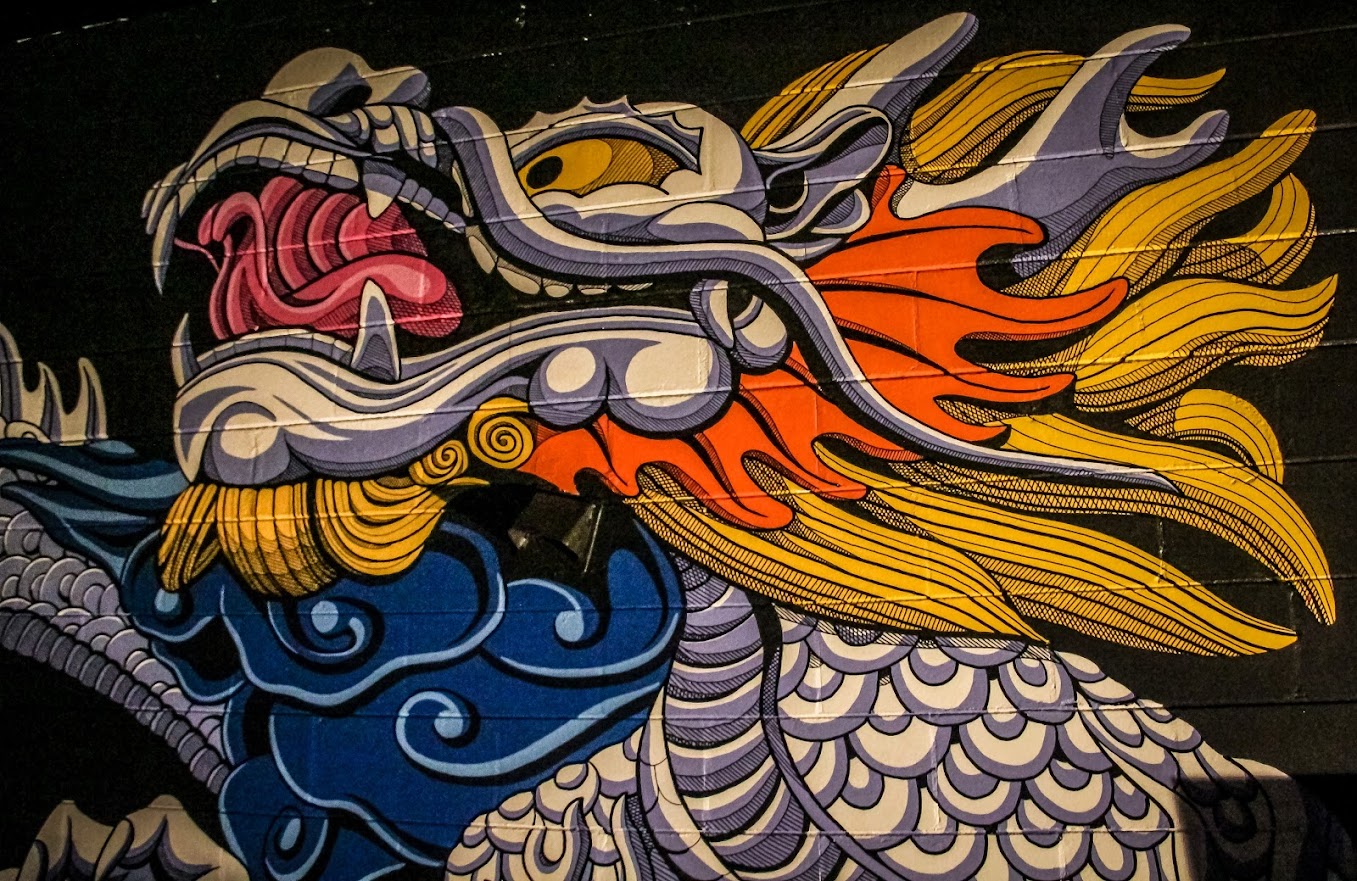 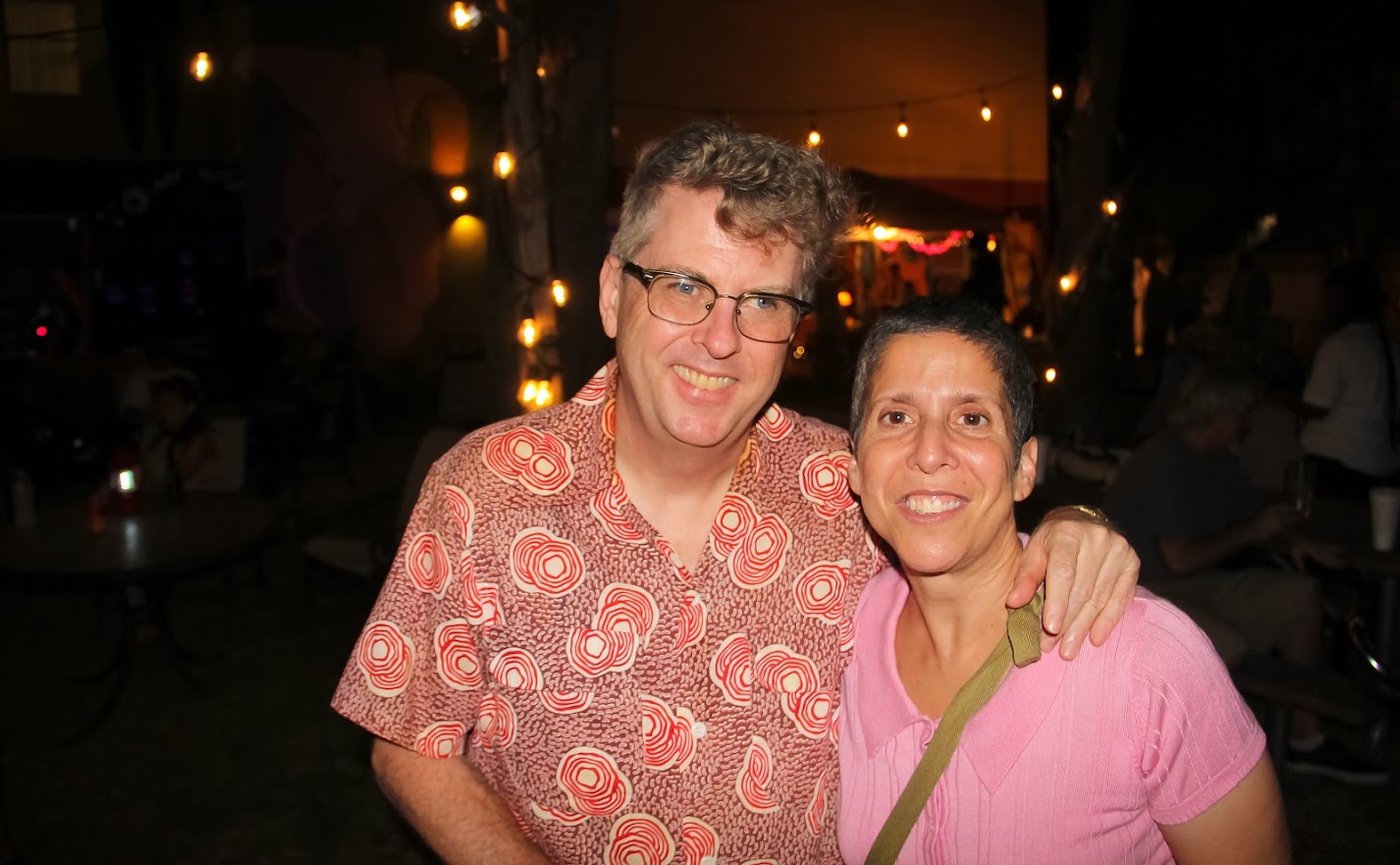 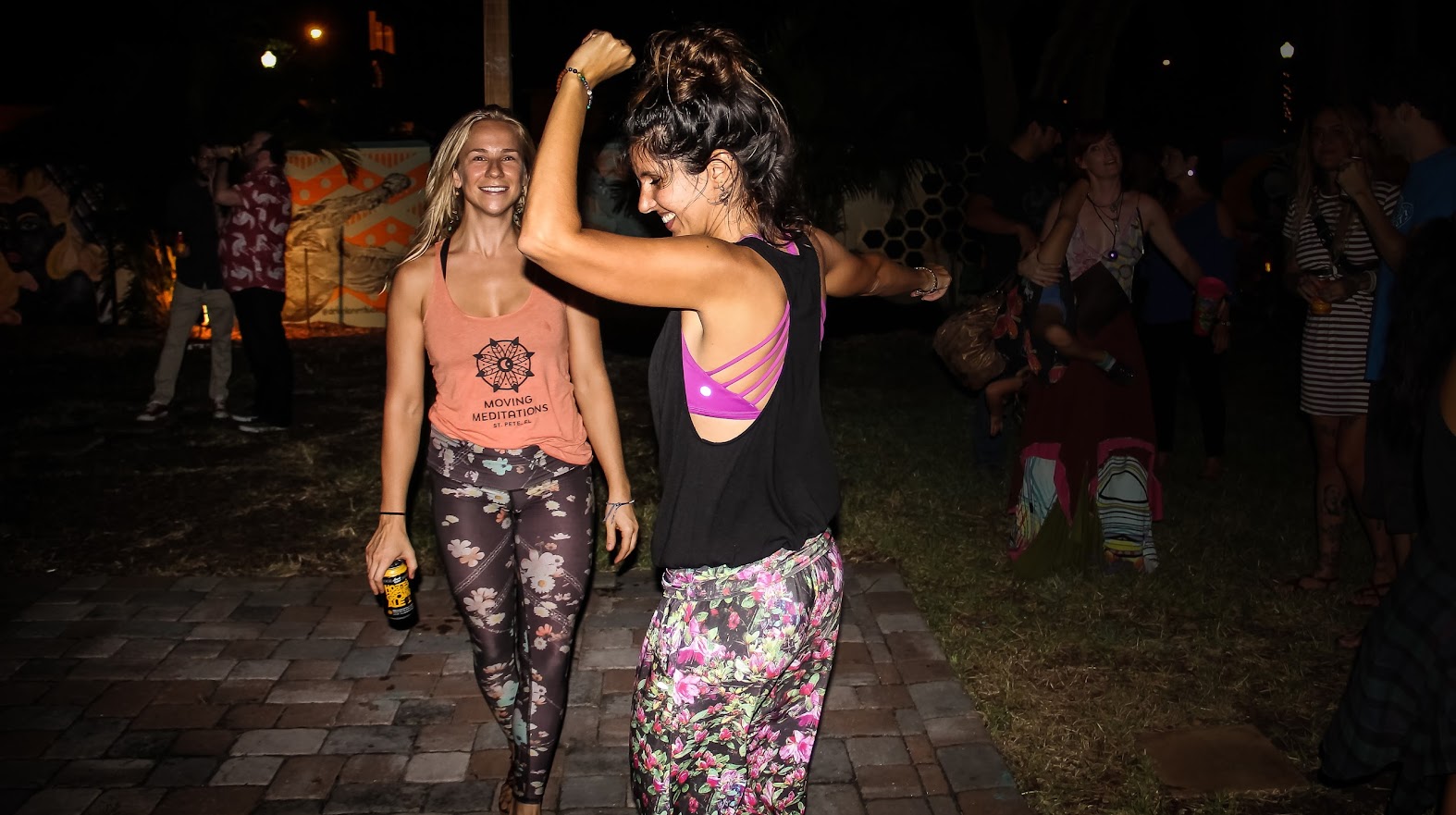 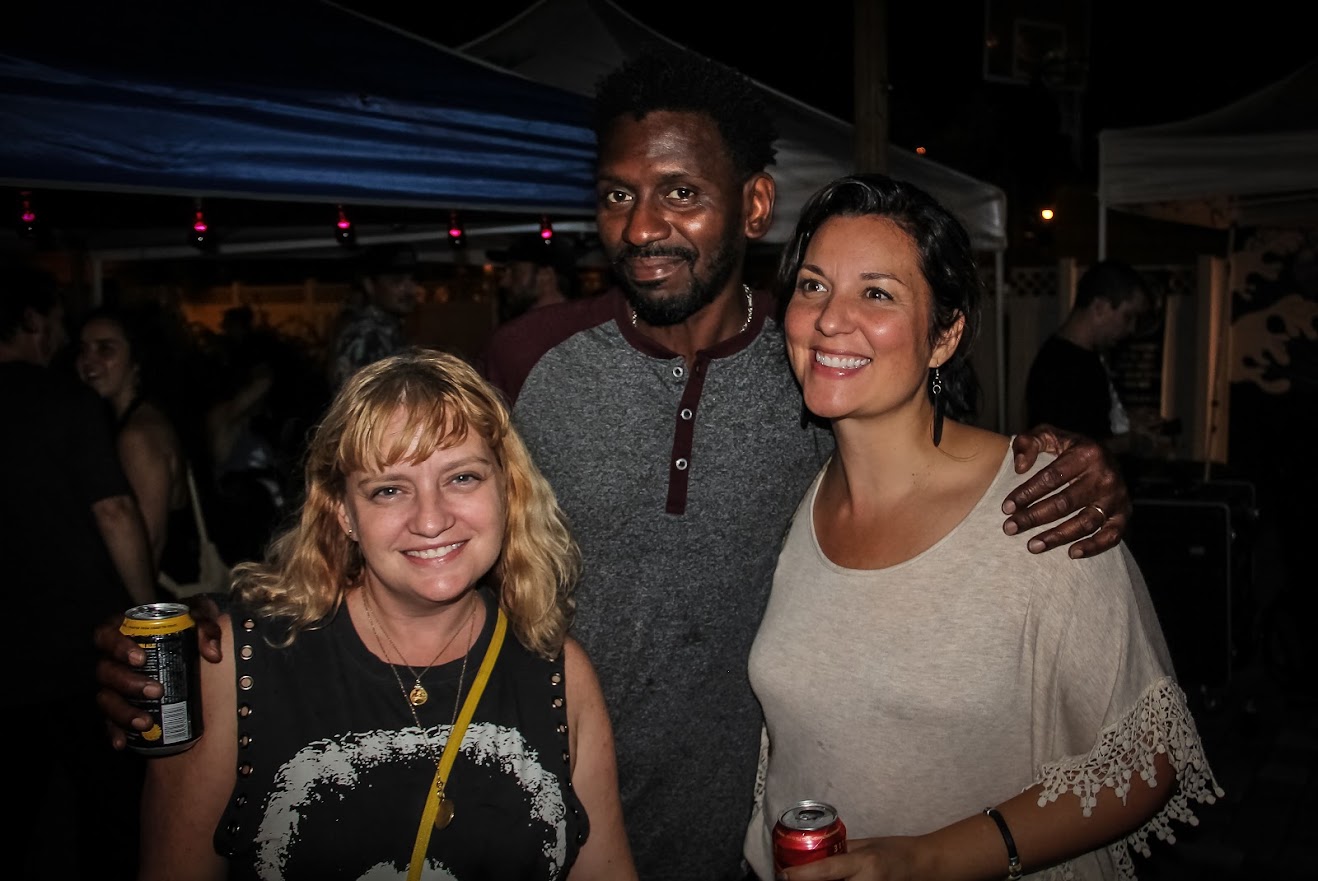 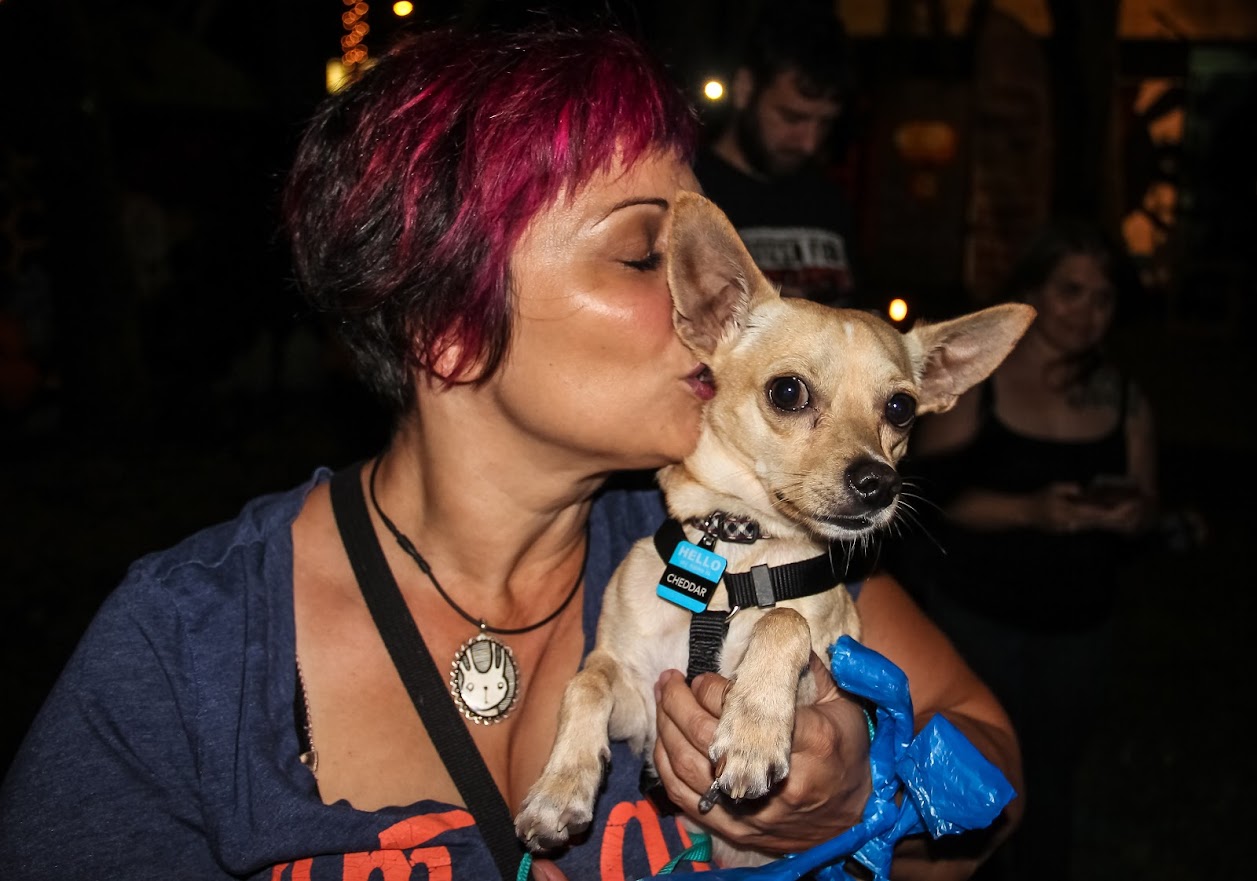 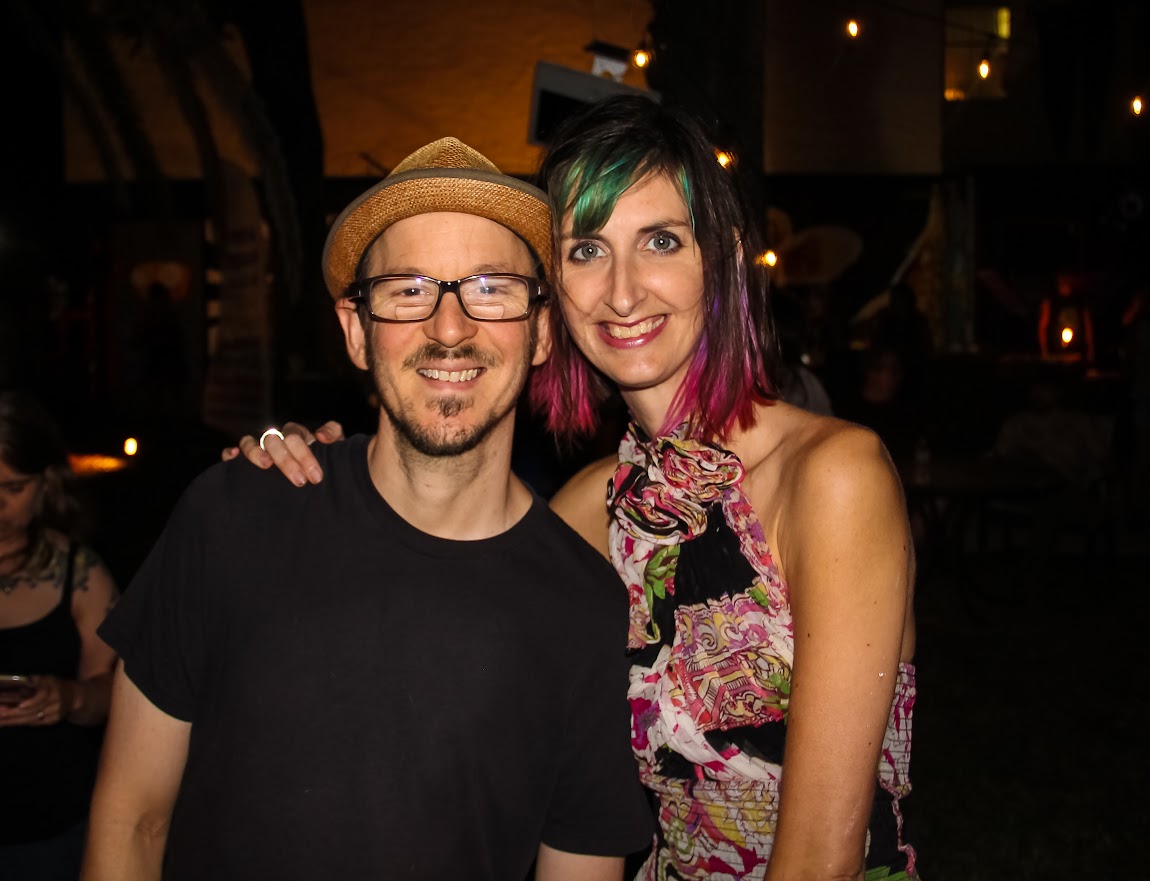 Musician Jim Morey, with artist and model Demee B DEMIGOD. 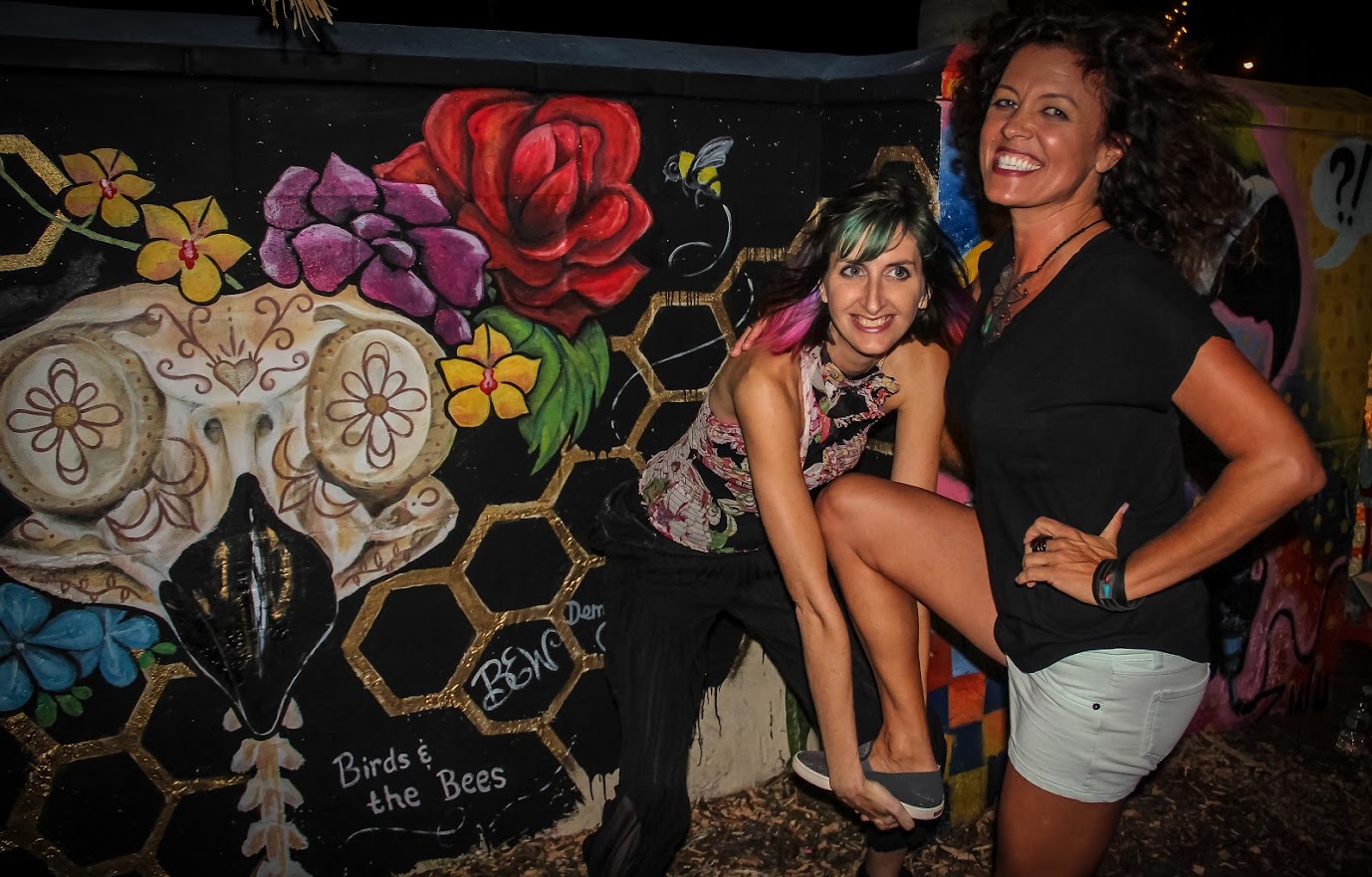 Artists Beth Warmath and Demigod. They are posing by their Birds & Bees mural. 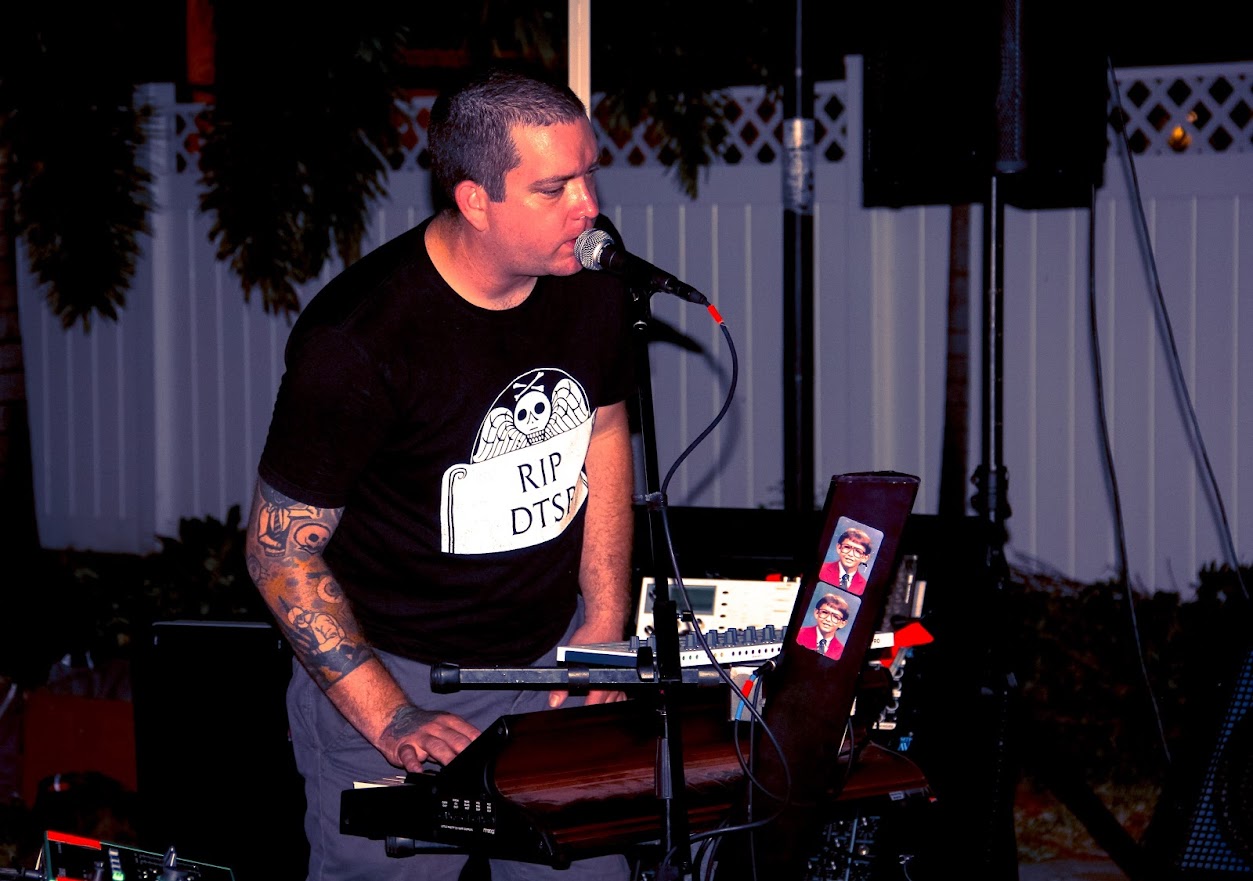 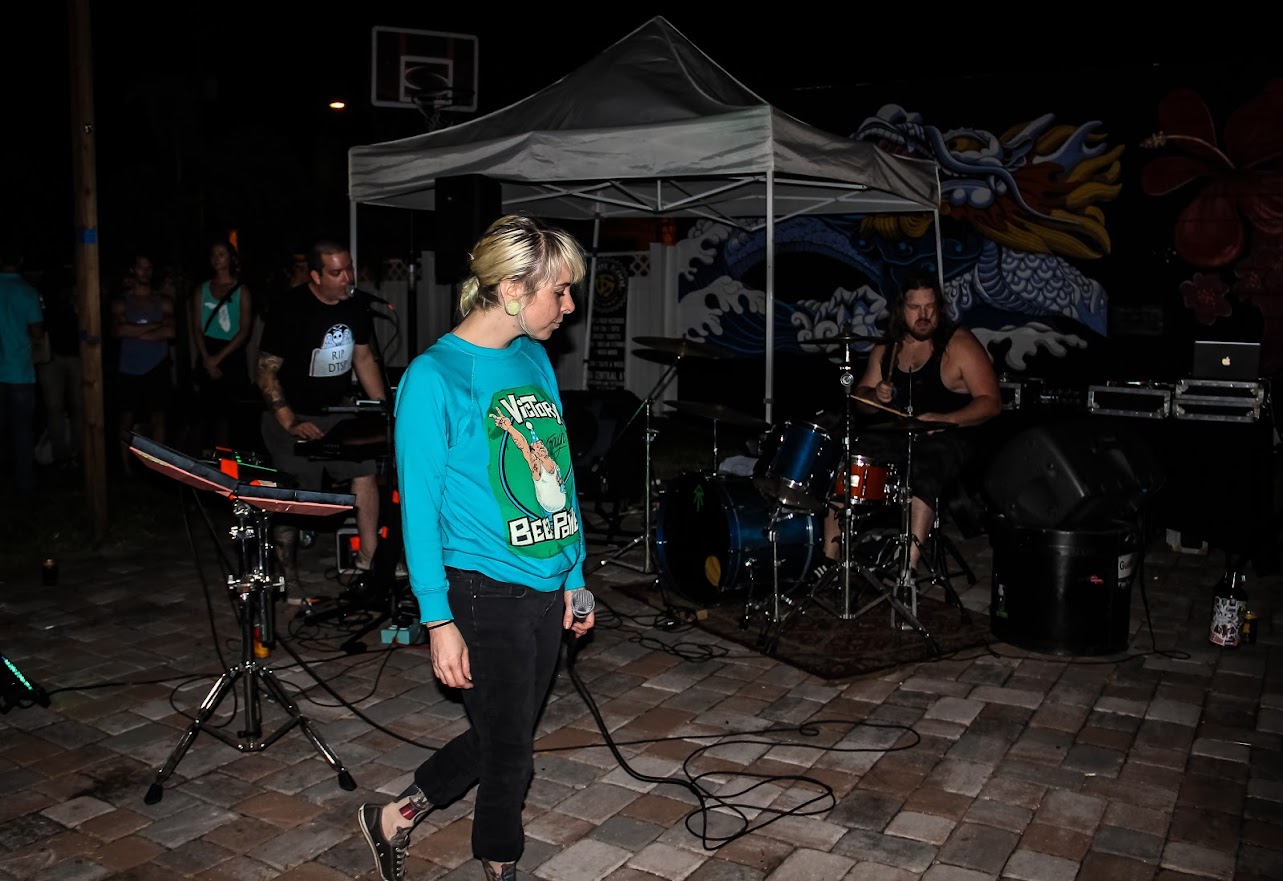 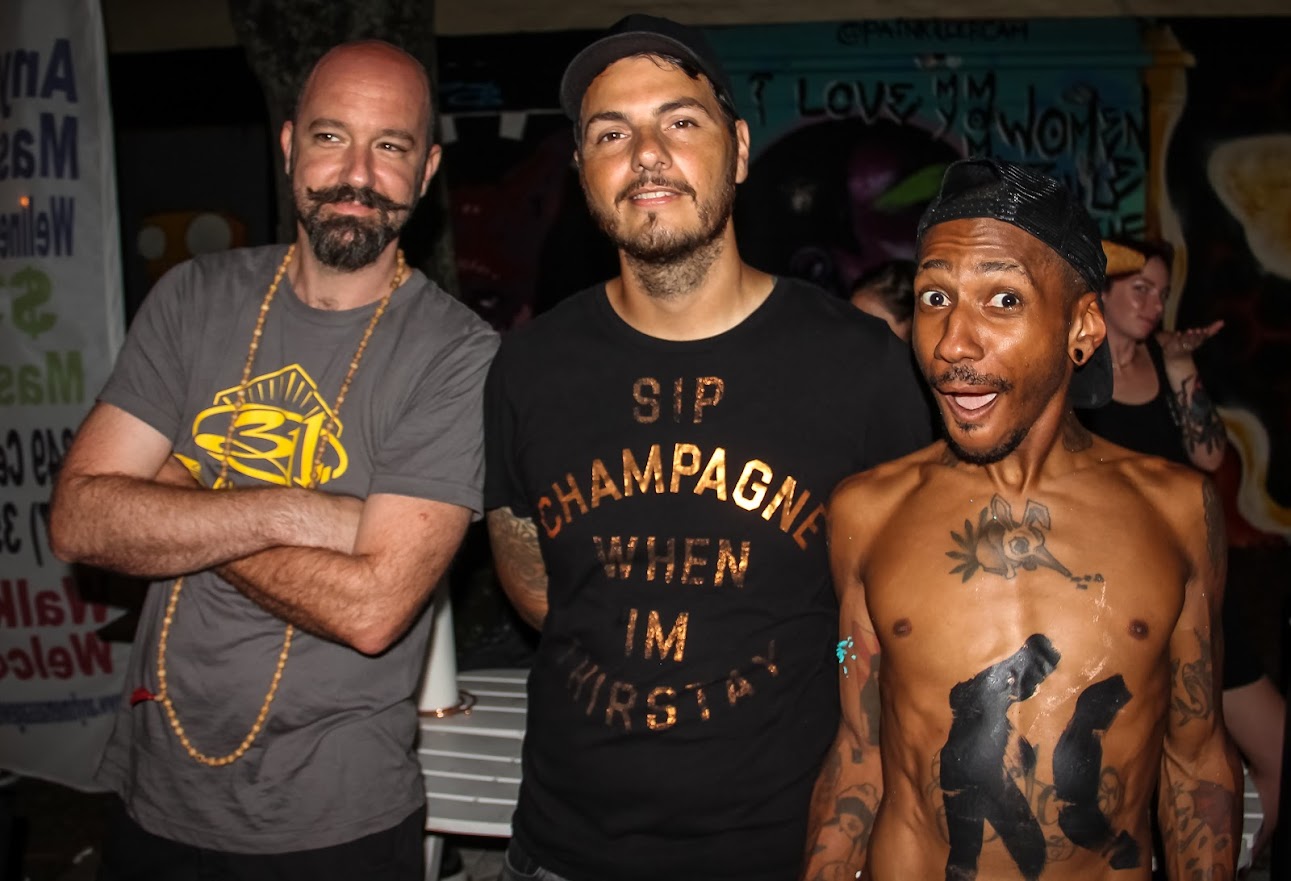 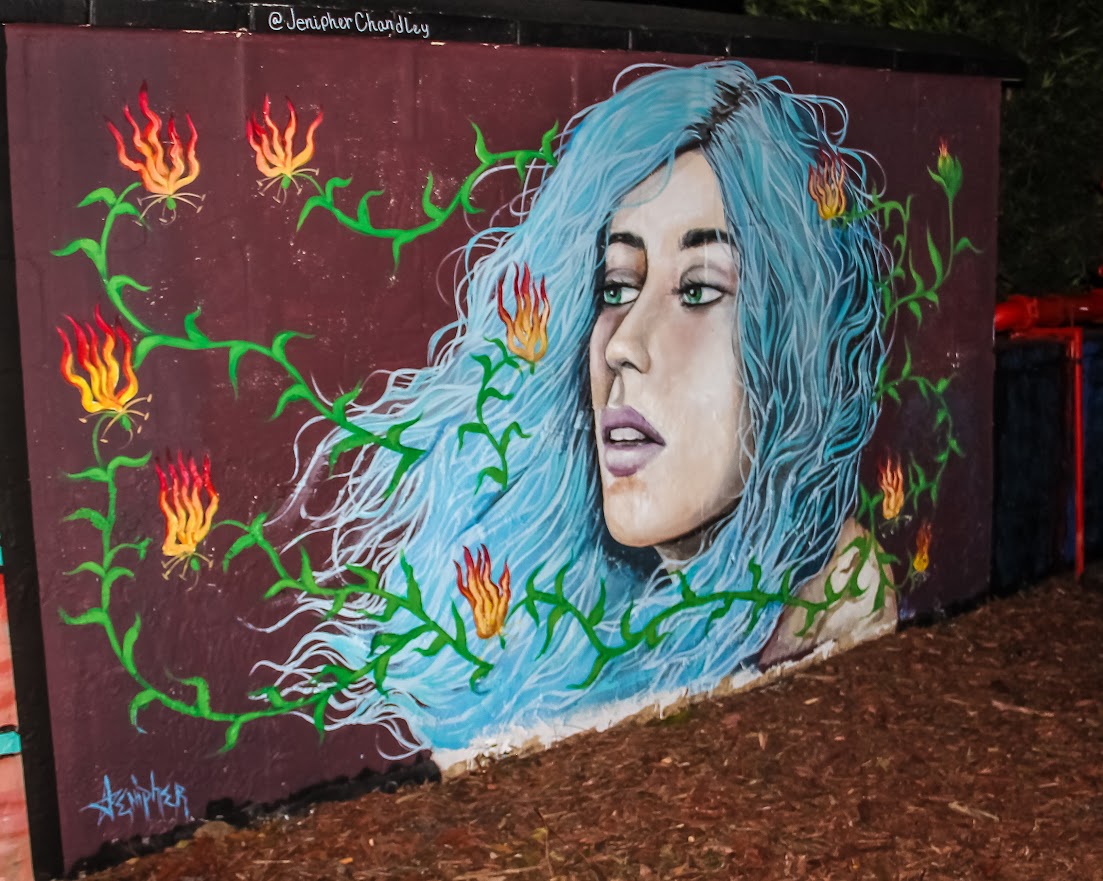 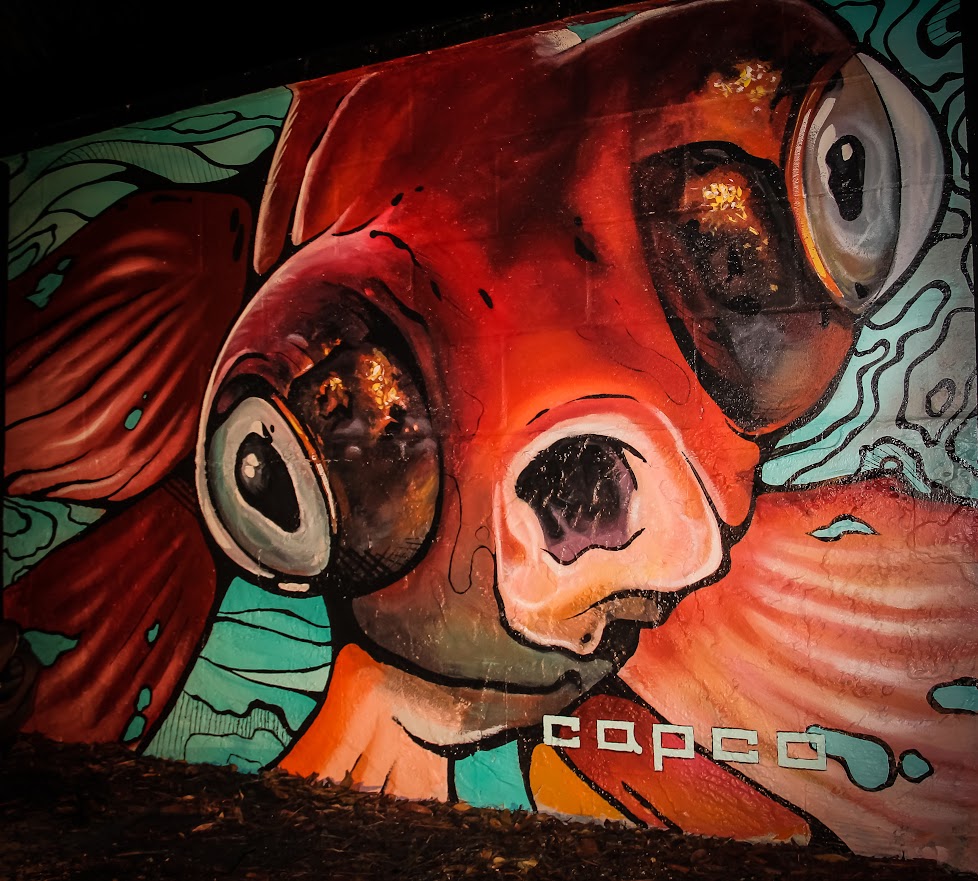 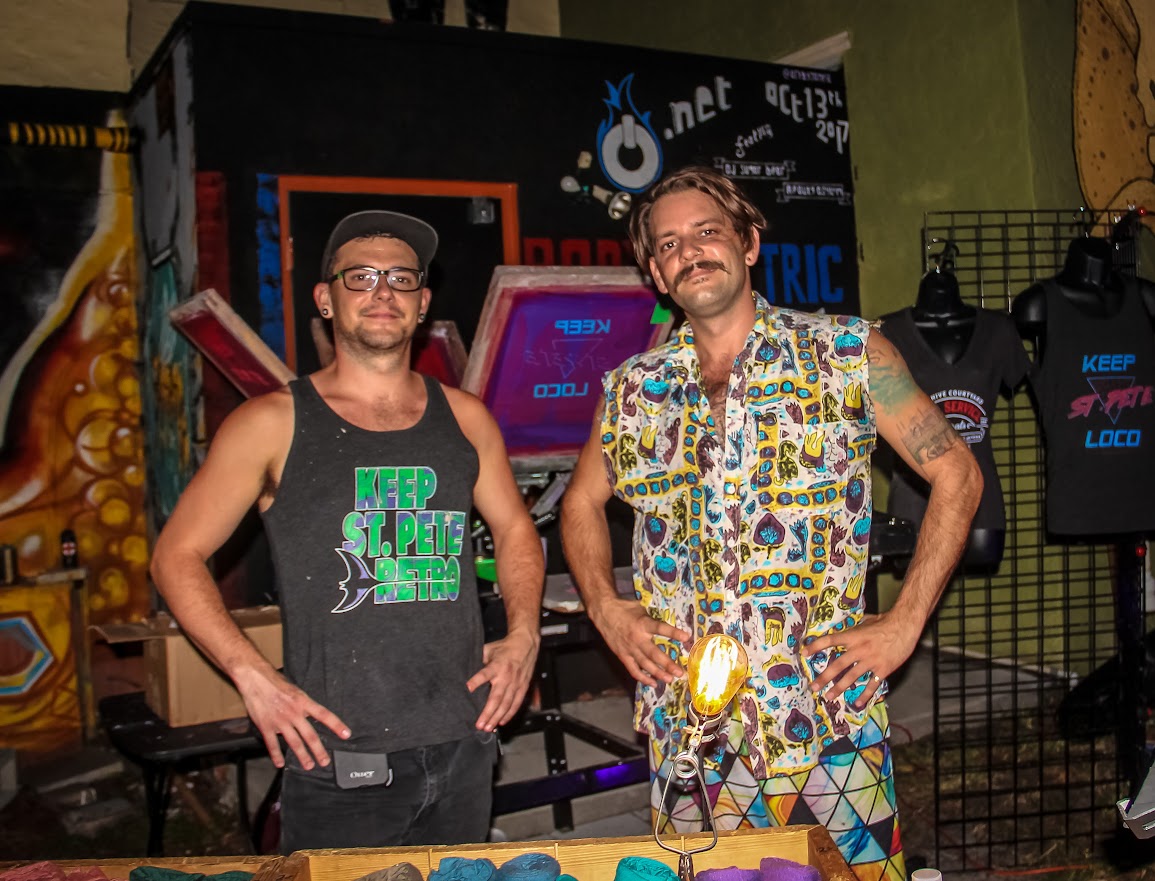 WovePrint.co Jon Berg is on the right. 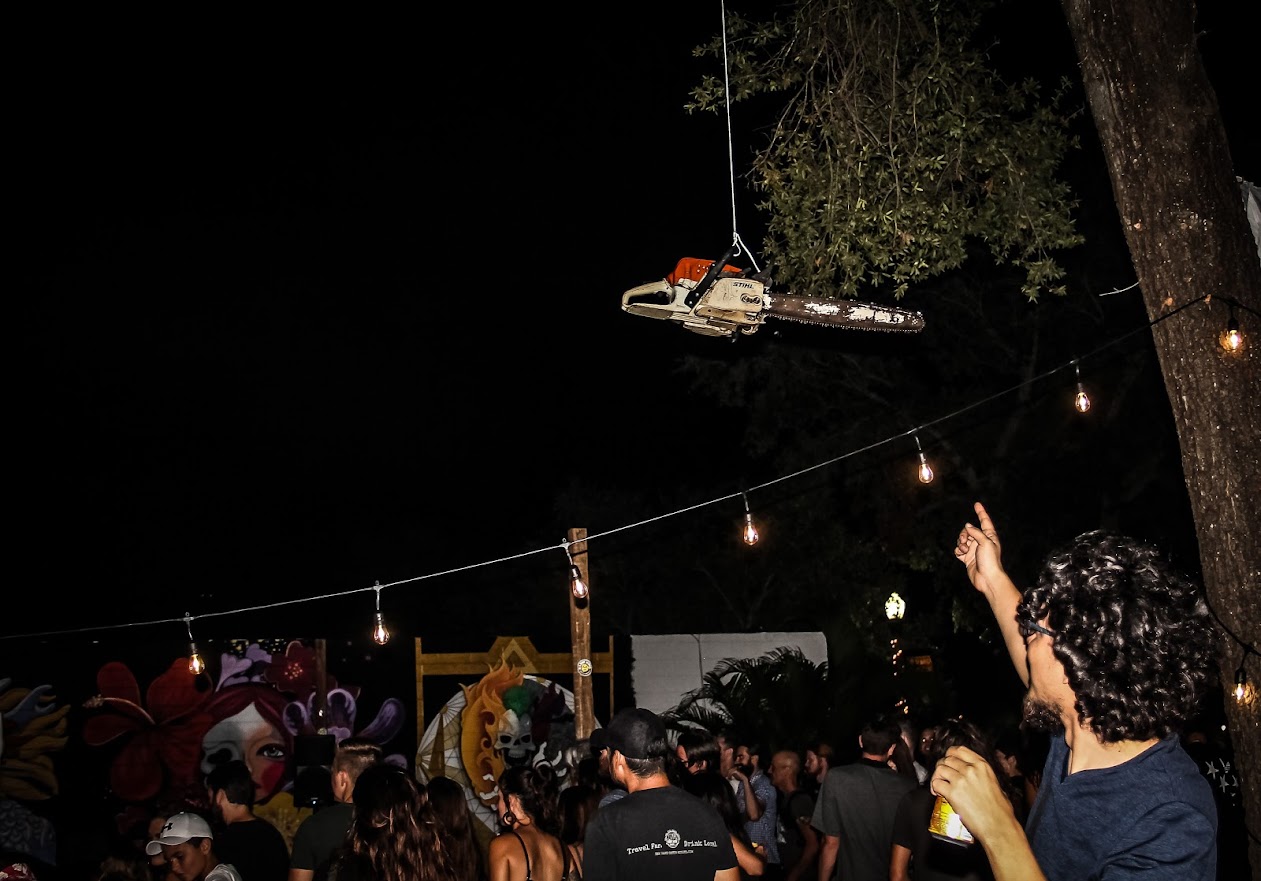 Me pointing at installation by artist Mark Michaels. 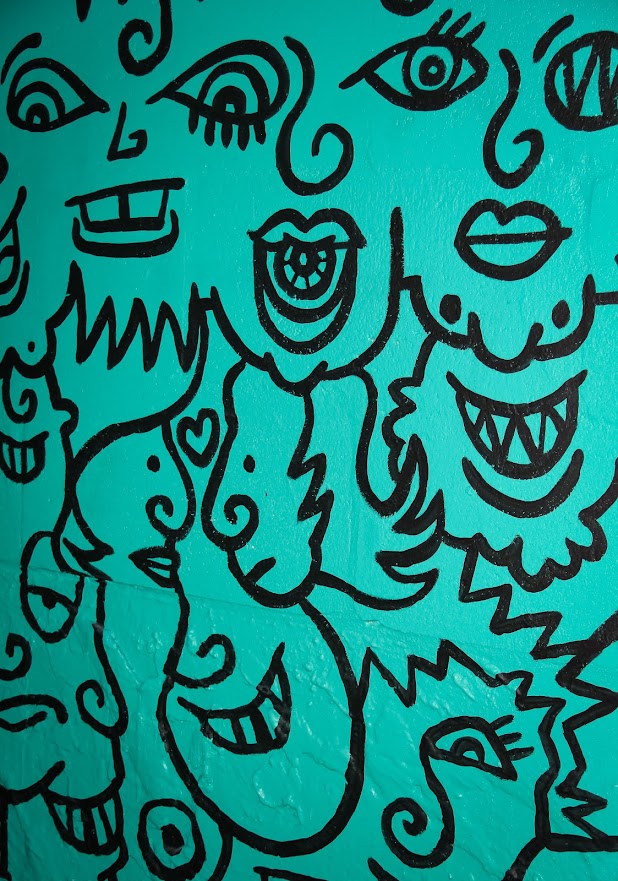 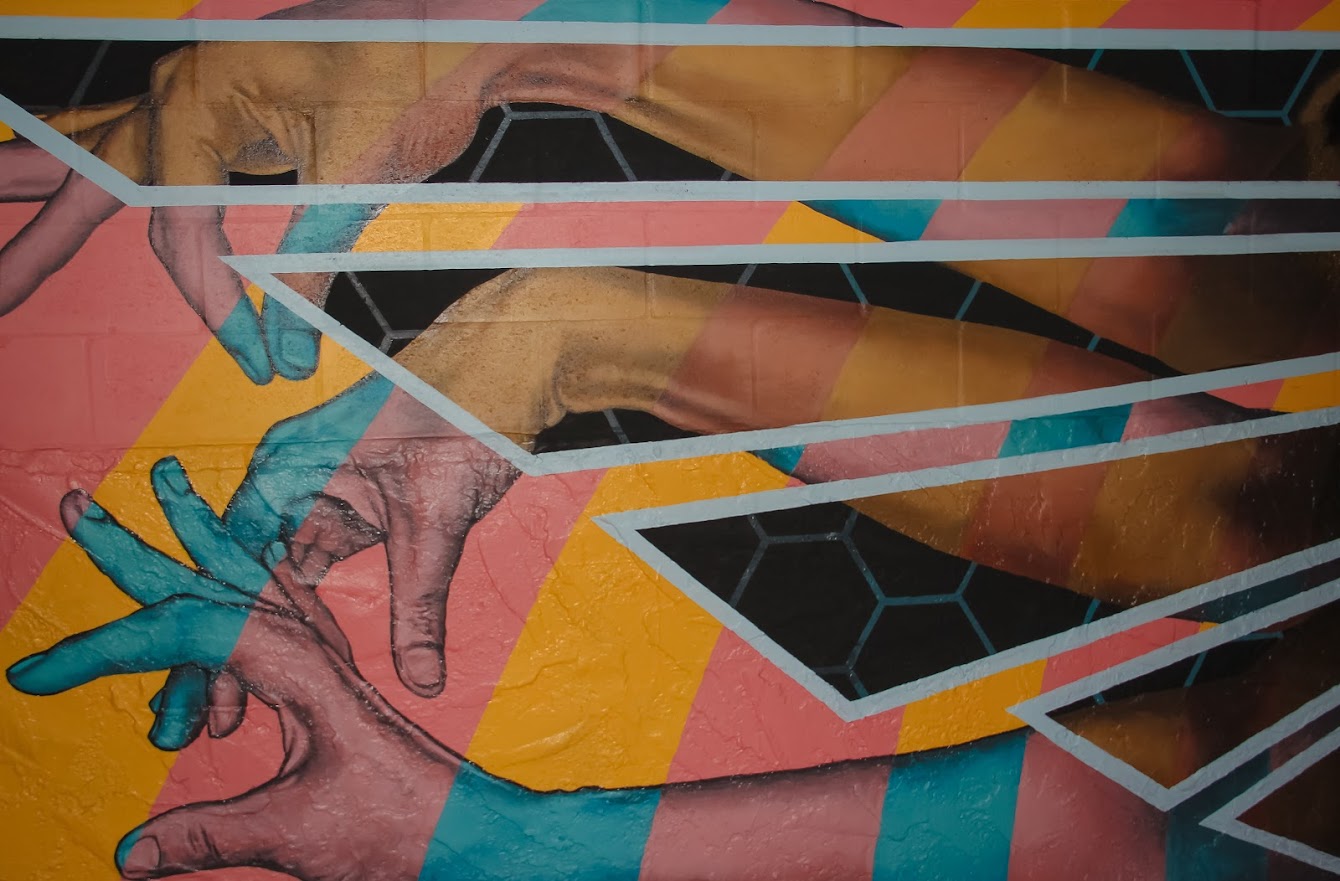 Detail of hands on Man Made Murals‘ wall. 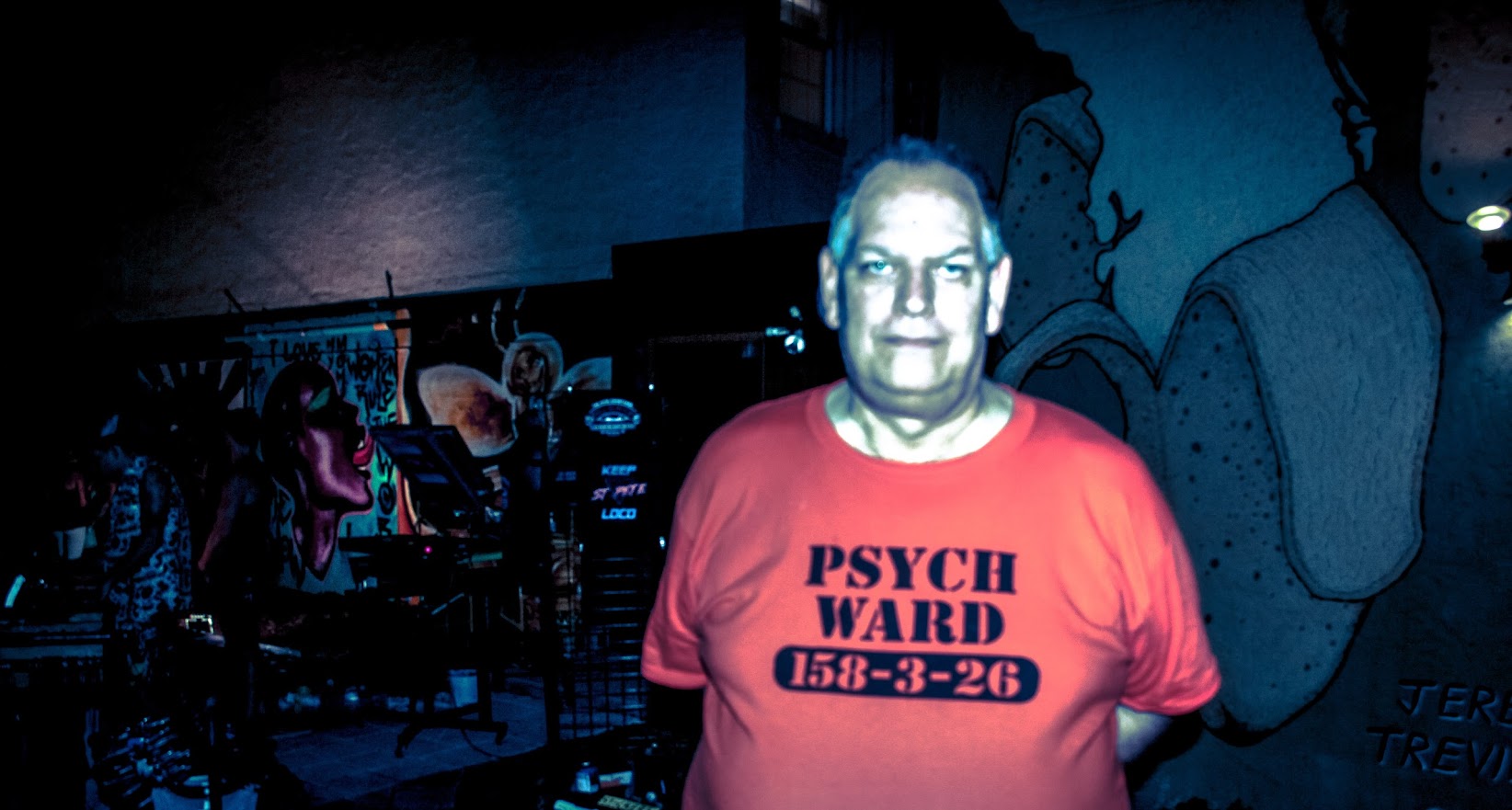 Ric the Strange reminding us the Vintin Hotel used to be a former assisted living facility. He’s in front of Jeremy Trevino‘s Banana Florida.

Fond memories were made at the COVE Saturday night. The Halloween party offered a (…)